I used to shoot a lot of Kodak's chromogenic black and white film.  I liked it for its fine grain and wide exposure latitude.  Kodak discontinued the film a couple years ago, much to my regret.  I decided to try a couple of rolls of Ilford XP2 400 Super to see how it compares to Kodak's film.  The XP2 turned out to be quite a different beast. 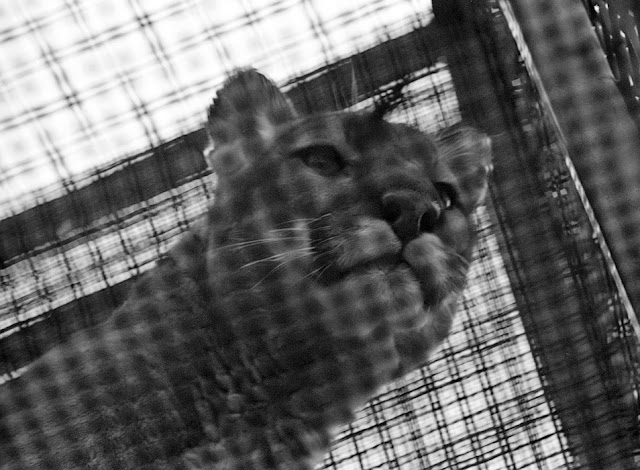 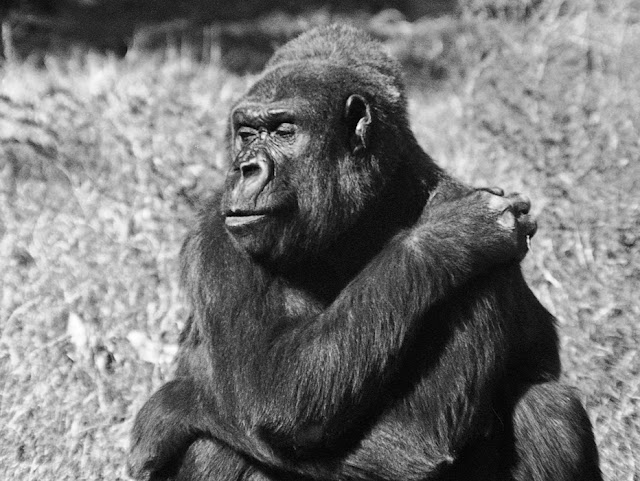 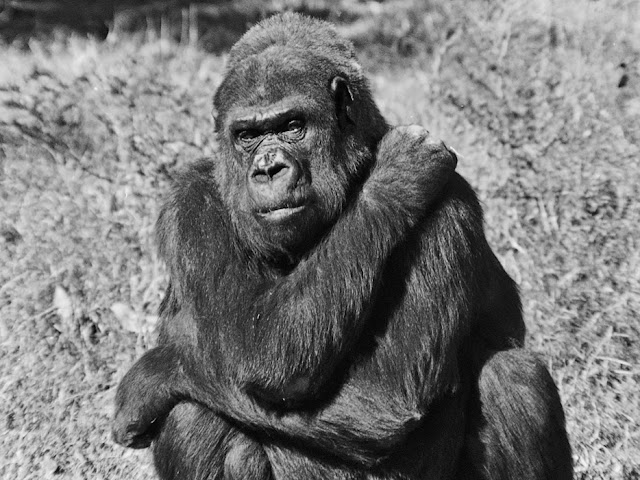 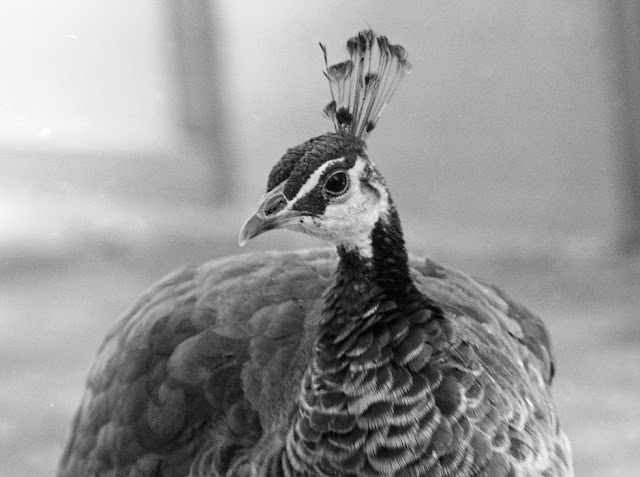 The first roll of XP2 I shot had very dull tonality, so I decided to shoot this one a stop slower than box speed, which is what most people seem to do.  That ended up giving me some nicer tonality, but it took quite a bit of adjustment in PhotoShop to get near to what I wanted. 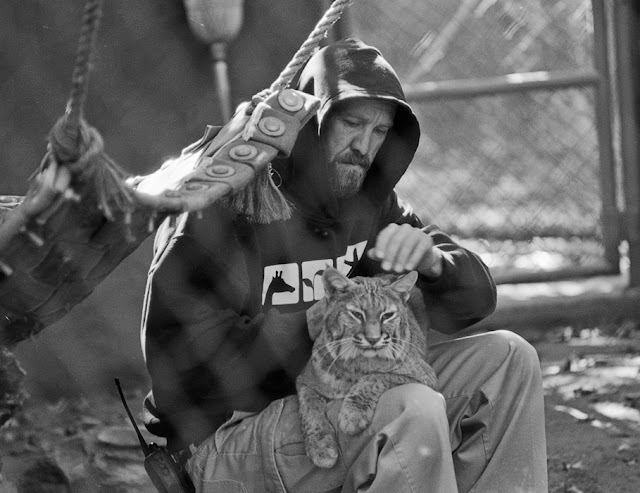 I arrived at the enclosure housing this little bobcat at the same time as the keeper.  He sat down on a stump, tapped his knee and the cat jumped into his lap for pets and scratches.  The keeper explained that the bobcat had been raised as a pet before ending up at the zoo. 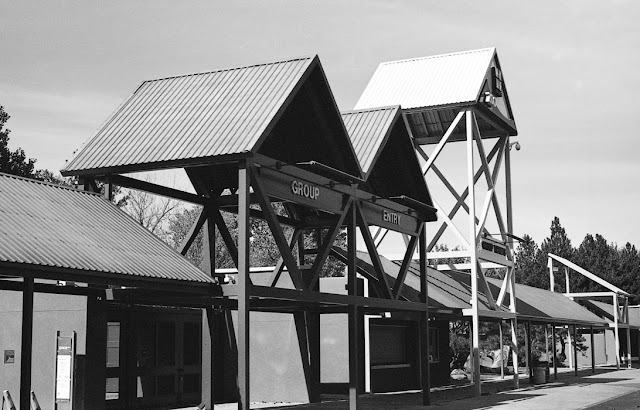 On the way out of the zoo I shot the last frame at the 400 box speed.  It seemed pretty good to me in regard to tonality and required little adjustment.  I'm going to withhold judgment about this film for now.  I'll try another round some time to see if I can sort out the variables a bit better.
Posted by Mike at 5:43 AM

It's too bad the XP2 takes some work to make look good. I'd been curious about trying it as a there's a C41 lab downtown and they do good work for little money ($8 for processing and scans).

C-41 black and white was popular for quite a while, mostly I think because of the availability of one-hour processing. XP2 is the only game in town at present, so it seems worth a try to get it working right. I don't think the inconsistencies I encountered have to do with my home processing as that has been pretty trouble-free. However, I should probably take a roll to our one local commercial lab to check off that possibility.

I used to shoot quite a bit of Kodak's C-41 black and white film and always got pretty good results from it. Whenever I order a fresh supply of film, I think about trying a roll or two of XP2 as my local lab does a great job with my color film and scans. And if I hit them on the right day, I can get my images back in a few hours!

That being said, I'll be watching your progress here closely to see if I want to pull the trigger.

I think it is a viable choice once you learn to use it properly. I doubt I'll spend much more effort on XP2, however, given that the price is twice that of tri-x.