I have always enjoyed reading biographies of photographers I admire, but my approach has been haphazard, depending on chance finds in local used bookstores.  I am aiming at taking a more deliberate course to such reading.  There are some great stories, and I also find that such study leads to a much better understanding of  the photographic work.

Here is what I've been reading recently:

Short Nights of the Shadow Catcher: the epic life and immortal photographs of Edward Curtis
by Timothy Egan. 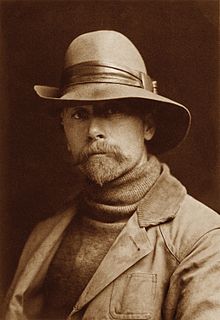 Early in the Twentieth Century Curtis undertook a project to photograph representatives of nearly every surviving North American Indian tribe.  He systematically made portraits, portrayed scenes   of daily life and presented details of ceremonies not normally accessible to outsiders.  In addition to the photographs, Curtis made sound recordings using the primitive Edison equipment of the time, assembled dictionaries of the spoken languages, and even produced a feature-length film in the infancy of that technology.  Curtis was without academic credentials, yet his accomplishments surpassed those of most of the recognized ethnographers of the time.  During the decades-long undertaking Curtis documented over eighty tribes.  He had some prominent supporters and backers like Teddy Roosevelt and J. P. Morgan, but never included a salary for himself in the budgets for the production of his twenty-volume opus.
I have been familiar with Curtis' work for some time, but I did not realize that it was essentially lost from view until two decades after the photographer's death when a huge cache  of it was discovered in the basement of a Boston bookstore.  Since then, of course, many new publications of the work have appeared such as Taschen's The North American Indian.  Egan reports that ".... the value of all work by Curtis has steadily risen.  A single photogravure of Chief Joseph, for example sold for $169,000 in 2010." 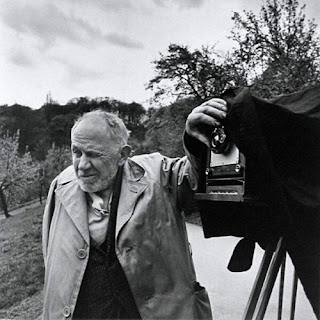 I have been an admirer of the Czech photographer, Josef Sudek, for a long time.  My familiarity with his work has mostly been through the fine compilation of his work in the 1990 Aperture monograph, Joseph Sudek, Poet of Prague: A Photographer's Life.  Much like his contemporary, Alfred Stieglitz, Sudek started his photographic career with romantic pictorialist work.  Then, for a time, he  made still lifes with obvious references to Cubism.  He is best known, perhaps, for his lyrical portrayals of Prague and its surroundings.  Sudek lugged his large format equipment all around Prague, seemingly unhindered by the loss of his right arm in WWI.  He was, however, often restricted in his movements during the German and Russian occupations.  The result was a long series of especially fine work done in his home and garden.  In part of that intimate phase, Sudek was assisted by Sonja Bullaty, a survivor of German concentration camps whose whole family had been swallowed by the Holocaust.  I was pleased recently to find a copy of  Bullaty's book on Sudek at an estate sale.  She worked for Sudek for a relatively short time, but was a lifetime friend, and instrumental in introducing his work to the West after her emigration to the U.S.

Brassaï: letters to my parents 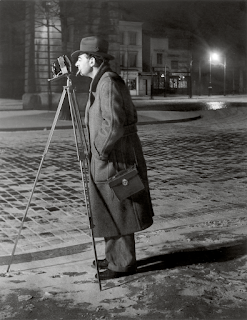 I approach collections of letters with some trepidation, but Brassaï's letters written to his parents during his time in the 'Twenties in Germany and France are tremendously entertaining.  Brassaï (real name: Gyula Halász) initially aspired to be a painter and a journalist and made a living of a sort from those activities in Berlin and Paris for a decade before he took up photography.  During much of those early years his parents provided some regular support, but he was reduced at times to stealing food and was often at the precipice of homelessness, the iconic starving artist in pre-war Paris.  What kept him going was supreme confidence in his talent and abilities, and an ego of a size that rivaled that of the Eiffel Tower.   Brassaï seemed to know everyone in the art world of any consequence.  Once Brassaï took up photography Henry Miller named him "the Eye of Paris".
Brassaï's social skills served him well throughout his career, but his photographs made at night on the streets of Paris and in dimly lit interiors show him also to be a skillful and innovative technician.  He seems to have done most of that work with a Voigtländer plate camera and whatever slow film was available at the time.  He talks in the letters about planning to get a Leica, but I don't know if that was accomplished.  He also talks of a darkroom and it seems likely he did his own processing and printing.
Posted by Mike at 5:38 AM

The "Letters" book looks really interesting. I wish I had more time to read. Seems about the time of the day I pick up a book, I get a few pages in and doze off.

I can relate to that. Most of my reading is done at bedtime and I seldom get through more than a chapter or two at a time. Brassai's letters are just right in terms of size; plus, he was a really good writer even as a young man and the collected letters read a lot like a novel. It was really interesting to read about his progression from painting and journalism into photography. Picasso told him to give up photography and return to painting, but luckily he ignored that advice.