I loaded some Fuji Acros into my Ansco Panda and got out early enough two days in a row to take advantage of the morning light. 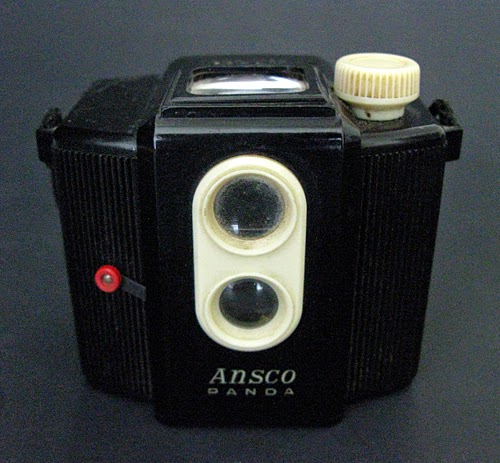 Because box cameras offer no possibility of any adjustments to accommodate light conditions, I think they tend to make the photographer more attentive to the existing nuances of light and shadow.  With a box camera in hand, I find myself looking more for instances of the play of light and shadow that brings out the character of the subject.  The central sharpness of the box camera's meniscus lens and the blurred periphery also help to emphasize the central subject matter.  The Panda provides a unique wide-angle perspective which is not available in any other box camera that I am aware of. 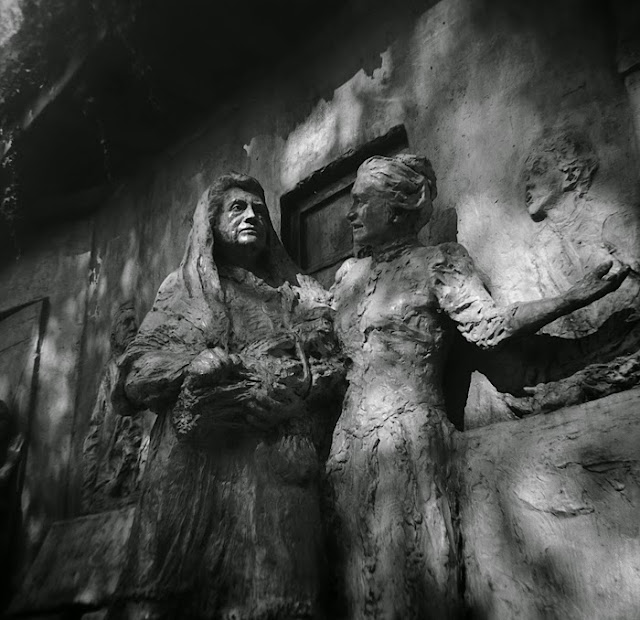 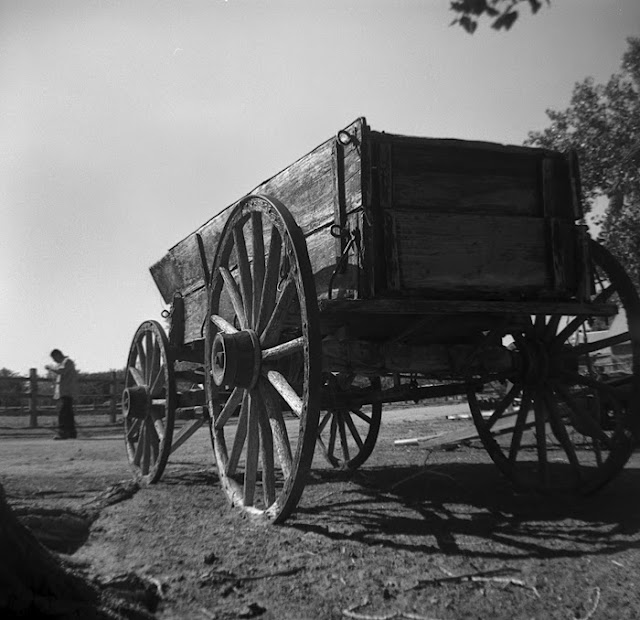 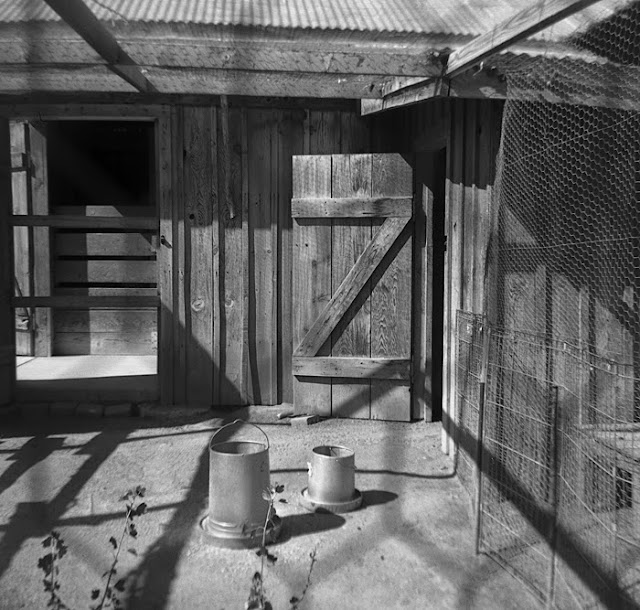 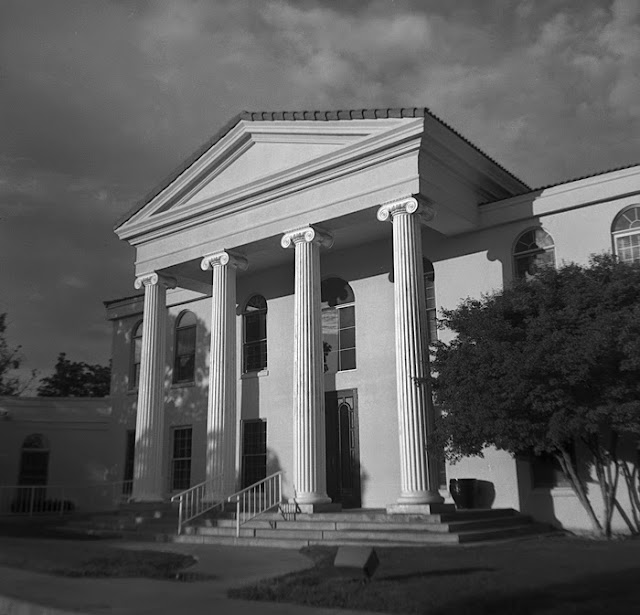 walking by the river

The summer rains have made the Rio Grande Bosque very lush.  The muddy trails are also discouraging the joggers and bikers, so the place seems nearly abandoned except for the birds. 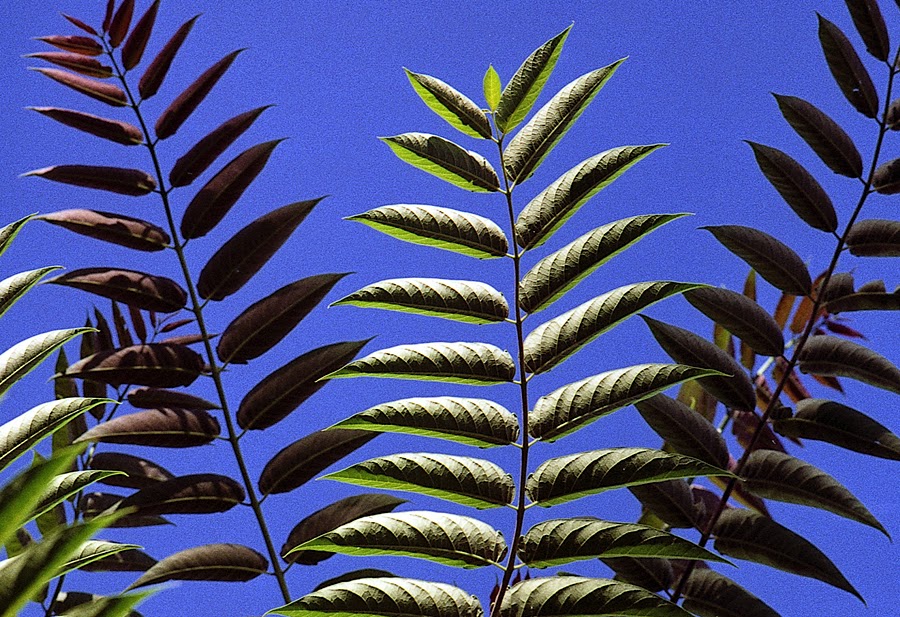 This shot is from my Pentax K1000 and a new 135mm lens which I acquired thanks to the help of a fellow Down the Road.  I also picked up a 2x telextender, so hope to get some shots with the combination soon at the zoo.
Posted by Mike at 1:54 PM 1 comment:

A couple cars and a diagnosis

My compact Olympus XA often gets to ride along in a pocket when I'm out for a walk with no particular photographic objective in mind.  The 1938 Chevrolet was parked at the west end of the Plaza Vieja early on Friday morning.  The owner was sitting on a nearby bench; he said he had owned the car for about 35 years. 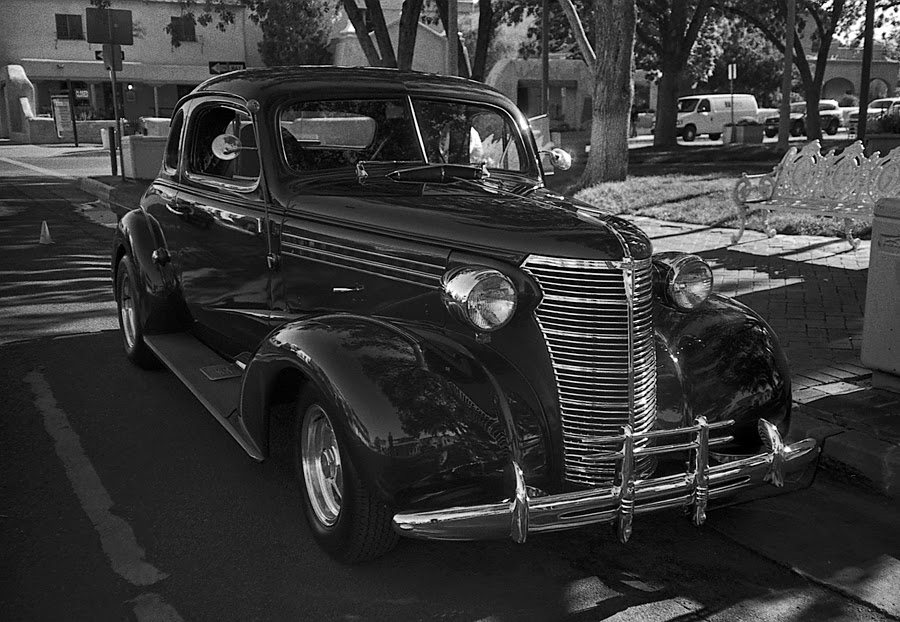 The XA also often gets to go along as a backup when I'm out to make pictures with one of my big 6x9 folders like the Monitor which only have a capacity of eight frames per roll of 120 film.  The XA also allows me to shoot easily in low light environments without the need for a tripod which is really essential with the long-lensed Monitor.  The spiffy sports car was in the shop where Saturday's car show was held.  I'm guessing it is a Ferrari 328, but I could be wrong. 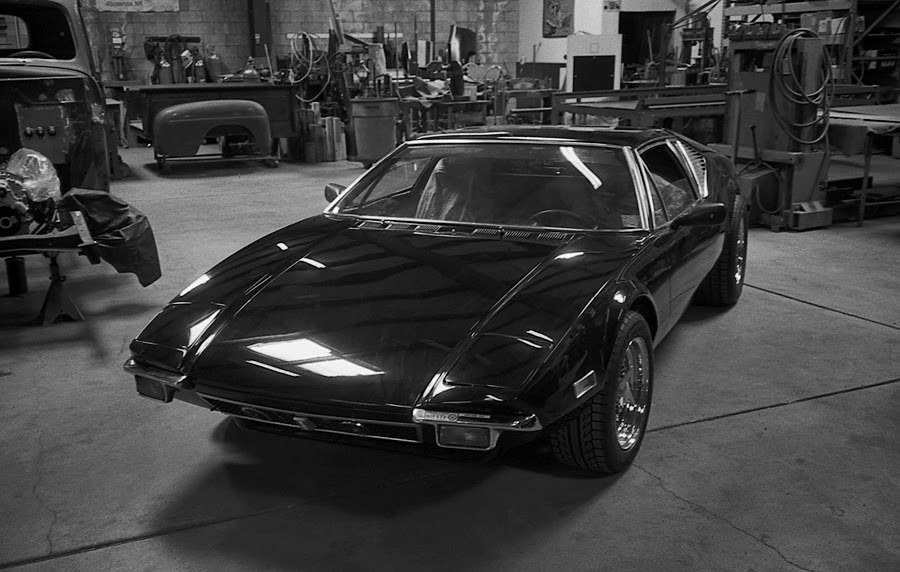 The XA had also accompanied the Monitor when I visited the Nuclear History Museum earlier in the week. 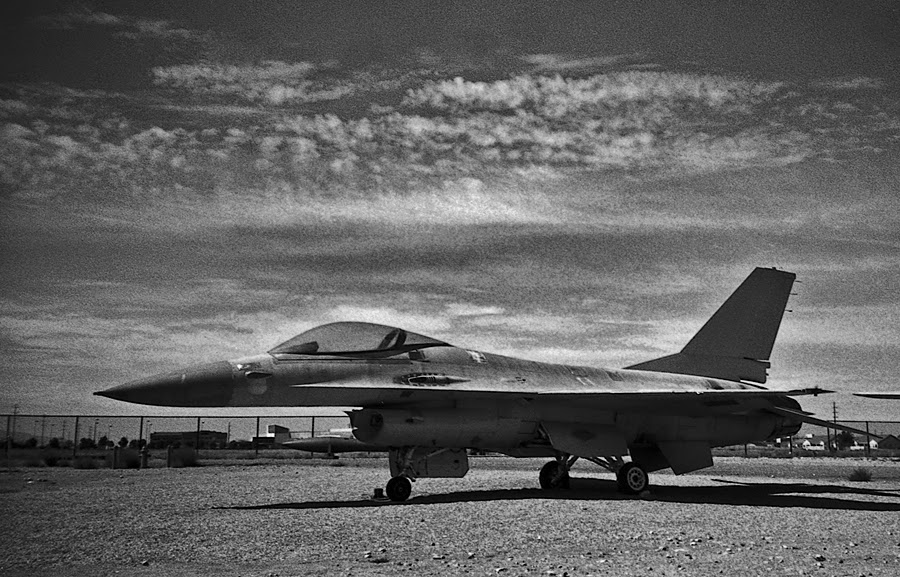 When I scanned the aircraft shots, which had a lot of sky in the background, I noticed that the upper third of the image contained a number of round dark spots which can be seen clearly in the B-47 image.  The spots were present and in the same position in all the images shot that day.  This was clearly something going on in the lens.  The XA shutter has no bulb function to allow keeping the shutter open, so I was only able to examine the front and rear elements and found no trace of anything that could have caused the spotting 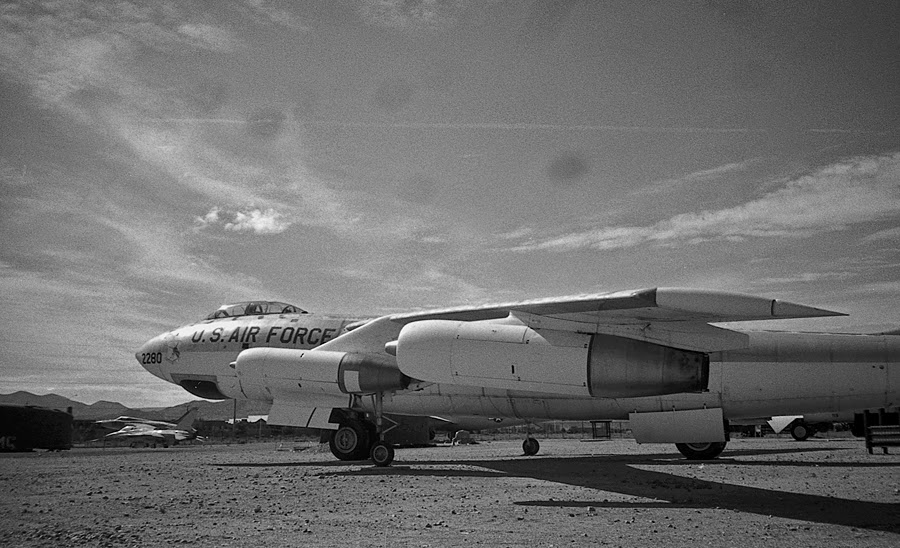 I was relieved to find that images made before and after the Museum visit did not have the spots on the negatives.  My fear when I had first noticed them in the aircraft pictures was that fungus had invaded the lens.  In fact my first XA was a victim of such an infection, and there is no easy way to correct that issue in the XA outside of an Olympus repair facility.  My conclusion at this point is that the spots were the result of condensation on the inner lens surfaces, which evidently dried up after the session with the aircraft.
Posted by Mike at 5:53 AM 6 comments:

A local custom shop hosted a well-attended car show this morning in Albuquerque.  I took along my Kodak Monitor loaded with TMAX 400. 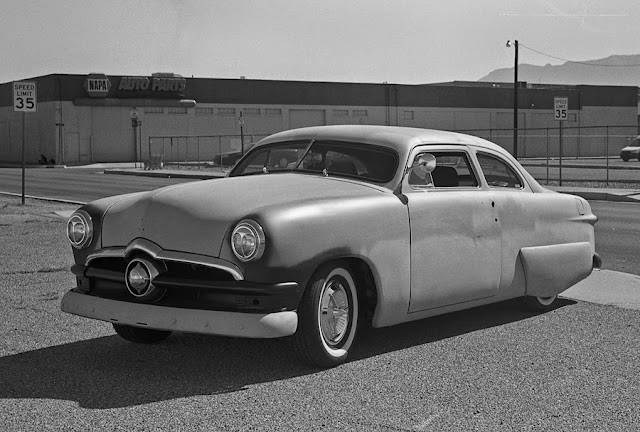 The low summer sun was already very intense by 10:00 am.  I thought the Anastigmat Special handled the glare quite nicely. 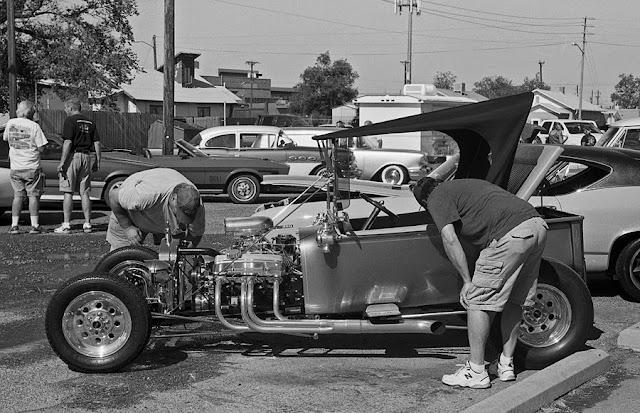 There was a nice mix of custom rods and restored classics. 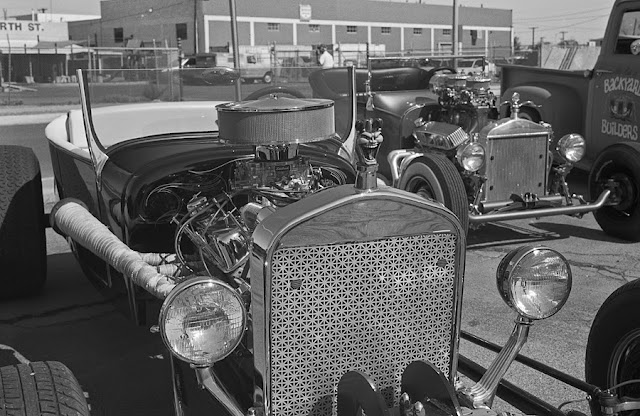 Below is a 100% enlargement of the 1200 dpi scan showing the fine quality to be had from the four-element lens and the fine-grained TMAX. 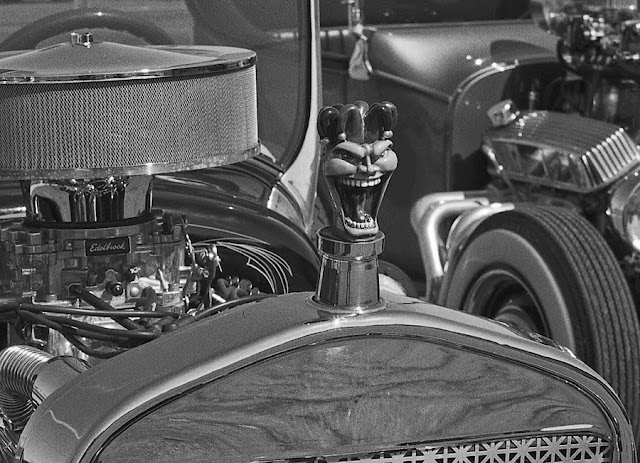 I need to try some color on this subject some time soon with the Monitor. 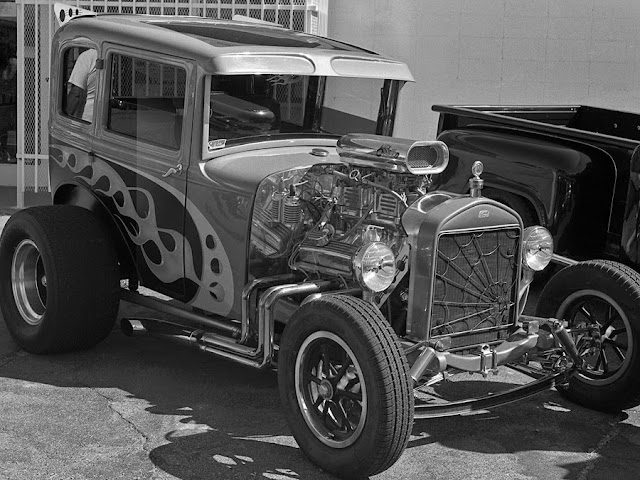 The post-war Chev Fleetline has always been a favorite of mine -- just the right balance of strength and grace in the design. 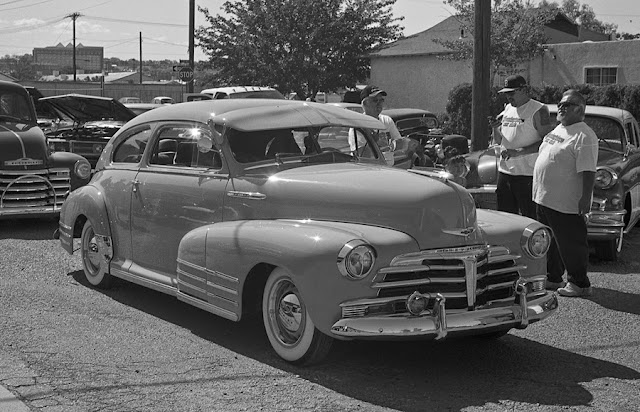 The Nuclear History Museum has added an F-16 to its aircraft collection. 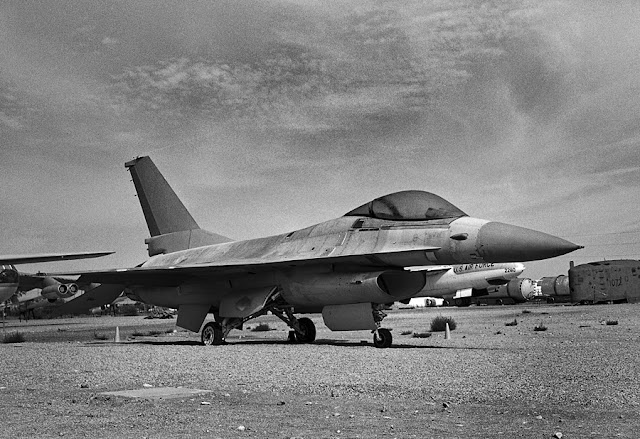 It seemed a good excuse to exercise my Kodak Monitor 620.  I had neglected the camera for some time and decided that it was time to rectify that.  I adjusted the infinity focus on the camera, and I restored the 620 film carrier which I had previously removed in an ill-conceived effort to force it to use 120 film. 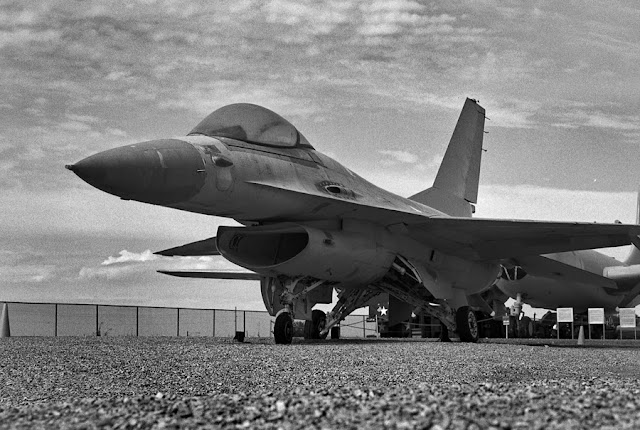 It is hard to believe that the F-16 is already a forty-year-old design.  Maybe it's just me. 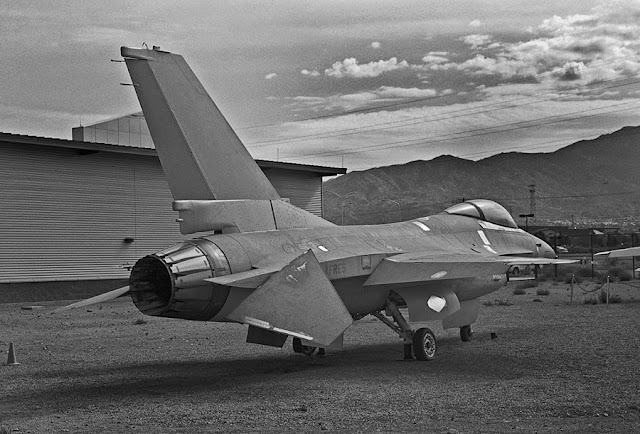