Well, Krugman is preoccupied with "the markets' sudden turn against emerging economies".  So I guess it is up to me to sort out what is happening in the old film cameras sector. 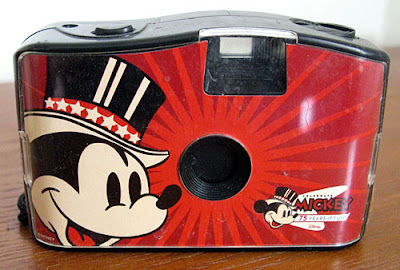 What is on everyone's mind, of course, is "Where are all the plastic Point-and-Shoot cameras?"

I used to be not very long ago that I could go into any one of half a dozen big junk stores and find a large bin of P&S cameras to paw through.  I brought home quite a few gems, including the Mickey Mouse.  I also picked up two or three Vivitar Ultra Wide and Slim for a couple bucks at a time when they were going for $30-$40 on ebay.  I even came away with a few decidedly un-crappy cameras which I found buried in the plastic, including a couple Olympus mju and one very fine Olympus 35RC.

Now when I go to the same second-hand outlets, I'm lucky to find one or two uninteresting plastic cameras hanging on the wall over boxes of tangled electrical cords, sealed up in plastic bags, and way over-priced.  No more bins or boxes over-flowing with plastic-lensed treasures.  I'm a little afraid to ask the store clerks what happened for fear they are going to tell me that any plastic cameras that might come in are ending up at the curb in recycling bins.

There is probably no big mystery in any of the above.  Pretty much everyone these days has a phone/camera that makes ok photos which can be manipulated in Photo-Shop to look like they were made with real cameras.  Perhaps of more immediate importance, there are no longer any 1-hour photo processing places left in town, and film is just about gone from the shelves.

At the same time, strange to say, there are several junk stores in town in which are now displaying collections of non-plastic film cameras.  Mostly, these are low-end box cameras and simple old manual cameras, but there are also a few nicer items like Yashica tlr models.  The prices are generally competitive with ebay offerings.  I'm not sure what to make of this development, or to what degree the phenomenon extends beyond Albuquerque, though I suspect it has something to do with the general digital/no-film situation.

It has been quite a while since I have been able to talk myself into buying any cameras at ebay, but I still enjoy browsing the vintage cameras section just to see what is out there.  I believe I am seeing some softening of prices there, though that is purely a subjective judgment on my part.  The price softening seems to me to be most pronounced in the second-tier segment of the market which I generally have haunted over the years. For instance, I'm seeing the nice little Japanese Zenobia Zeiss-copies going for as low as $25.  I've also noticed some working Barnack Leicas selling for around $125.  The genuinely rare, higher-end stuff seems to be holding its prices, but in the ten years I've been following the market closely the collector items don't really seem to have appreciated in value, particularly if you take inflation into account.  So, that is not good news for those who have acquired old cameras as an investment, but maybe not a bad trend for those of us who value them primarily as picture makers.
Posted by Mike at 1:00 PM 1 comment:

We had the good fortune yesterday to get a tour of the home of the Santa Fe artist, Randall Davey.  The occasion was a celebration of the 30th Anniversary of the bequest of the house and the property to become the headquarters of the Audubon Society in New Mexico. 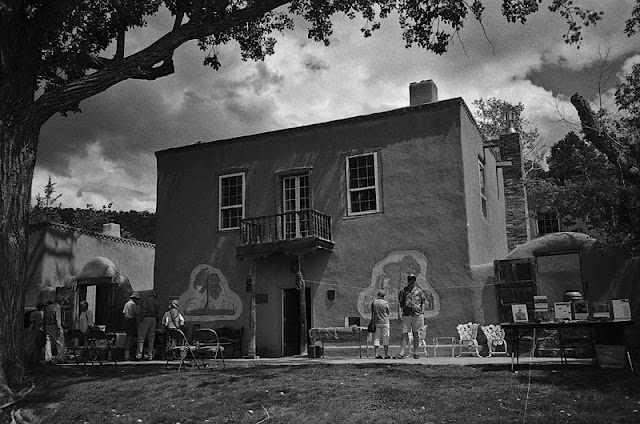 Davey's house and studio was converted from an old mill in the hills east of Santa Fe.  The main stipulation of the donor, the painter's sister-in-law, was that the property be maintained in the condition it was in when occupied by the artist and his family. 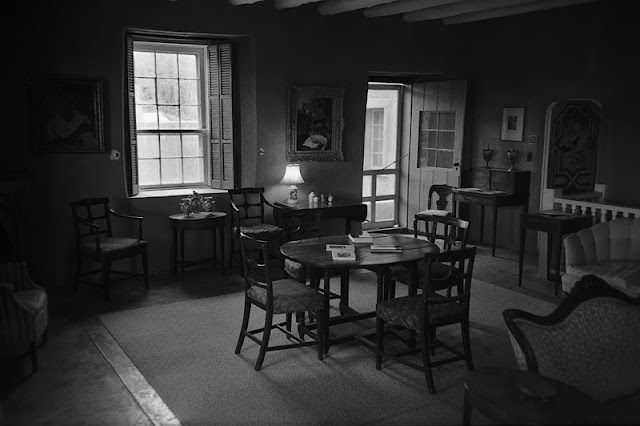 There are quite a few nice examples of Davey's work in the house.  In addition to painting, he also did print making and sculptures.  He was known primariy for his portraits, mostly oils, but he also did quite a bit of watercolor work, including many depictions of horse races and polo matches in which he was an enthusiastic participant. 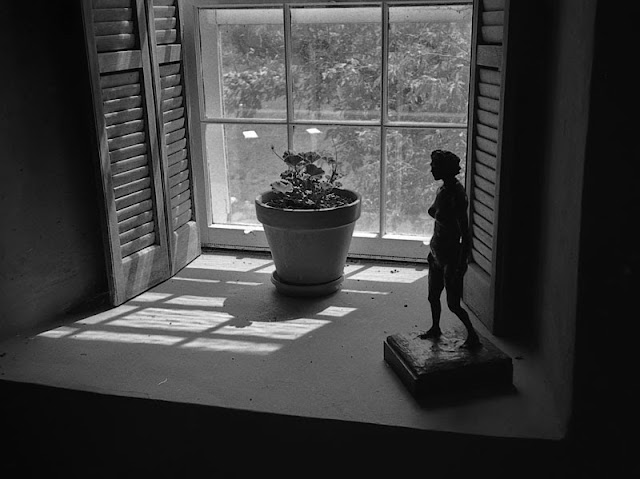 The bar at the back of the house is a windowless, cave-like room which speaks to the painter's bon vivant reputation. 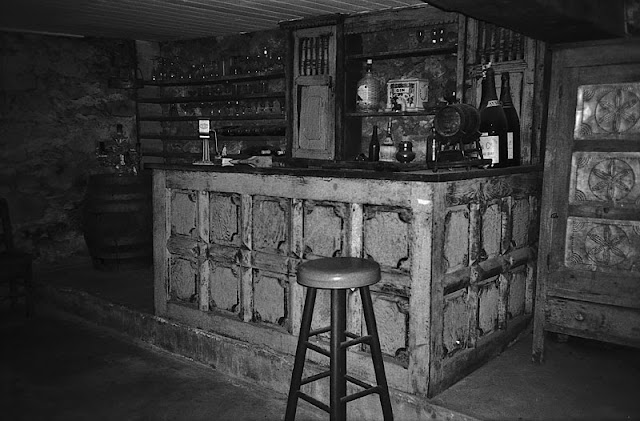 The door to the studio was decorated by the artist with themes that are repeated in his work. 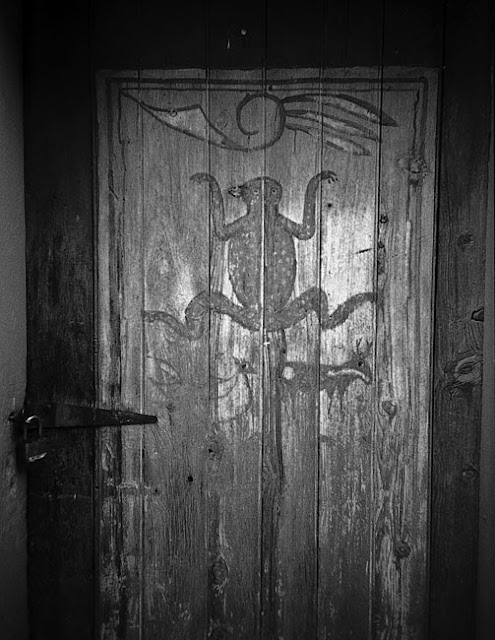 A big north-facing window in the studio perfectly illuminates a small stage where Davey posed his sitters. 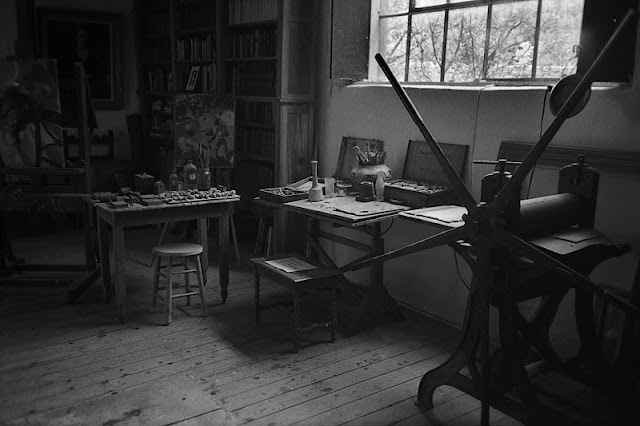 Randall Davey's art today does not command the prices of the iconic Taos painters, but he had a substantial reputation in the first half of the 20th Century.  In spite of that, and the fact that he was a very colorful character, there is not a lot to be found written about him.  His collected papers are in the Smithsonian awaiting the attention of some chronicler like Linda Gordon or Beth Gates Warren.


I was particularly pleased to find this 1941 picture of Davey at the Smithsonian site as it shows that I was standing briefly in the same place to make my pictures of the studio as the greatest American documentary photographer, W. Eugene Smith.

AND,
it turns out Laura Gilpin shot the same scene in 1947:

The three-month-old snow leopard twins have made their debut at the Rio Grande Zoo.  This is the sixth litter for the Zoo's very productive pair. 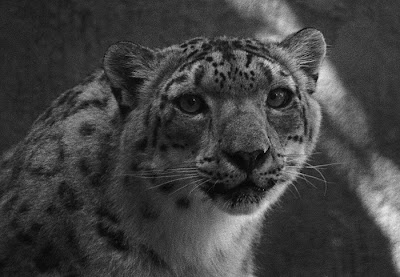 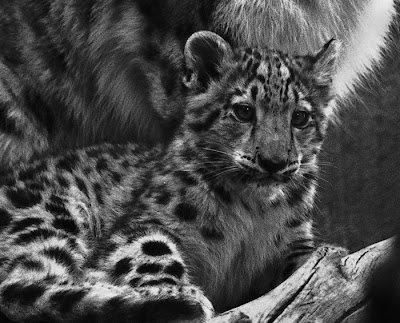 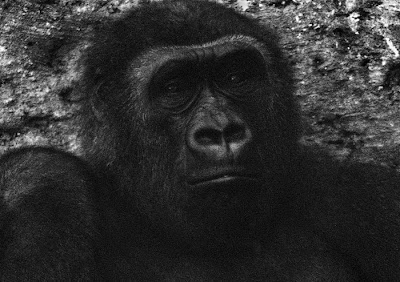 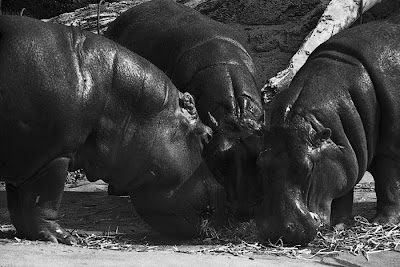 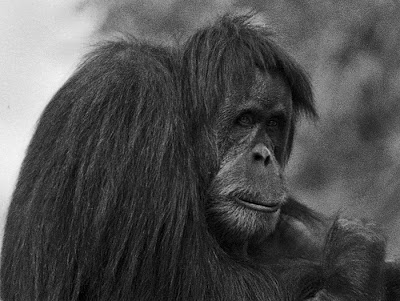 I was inspired to do some pictures by the acquisition of an old Sears/Ricoh TLS with a T-mount 400mm Vivitar lens.  The pre-set lens is pretty awkward in use, but it has nice sharpness, even at maximum aperture.  Certainly worth the ten bucks I paid for the outfit.

The combination of Tri-X and Rodinal wasn't one I was planning on, but I discovered to my dismay that Kodak HC-110 developer suddenly commands a sky-high price, and it can't be had locally at all.  Life is getting complicated for film photographers.
Posted by Mike at 8:25 PM 5 comments: