Craig Nelson was a fine photographer and a fine fellow. He had an insatiable urge to connect with other people which fueled his development as a photographer.  He shared his passions freely, enriched many lives and left behind an inspiring body of work. 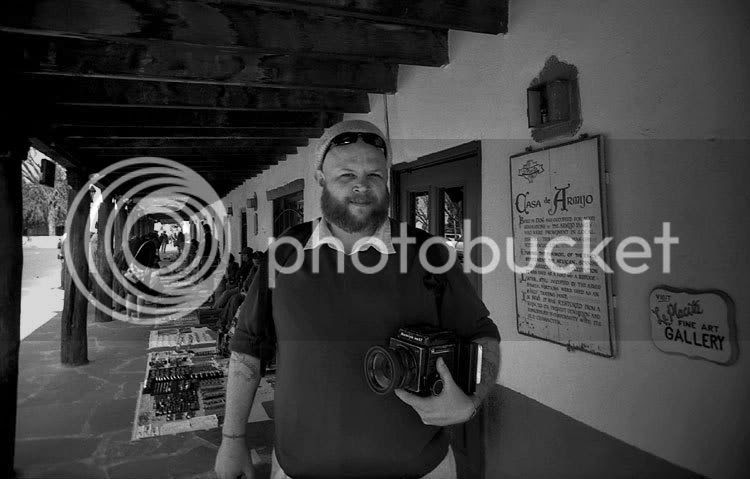 Tributes to Craig at Nelsonfoto Forums
Posted by Mike at 2:50 PM 1 comment:

I stopped up the last pinhole in the bellows of my Kodak Bantam 4.5 model and ran some TMAX 100 through it. 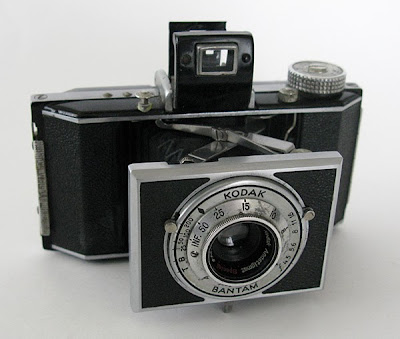 The image quality showed some definite improvement without the light leaks.  The Anastigmat Special lens on this camera is the same as the one on the later Flash model, but it lacks the bluish coating, which may result in just a little less sharpness, partly due to a greater tendency to flare the highlights. 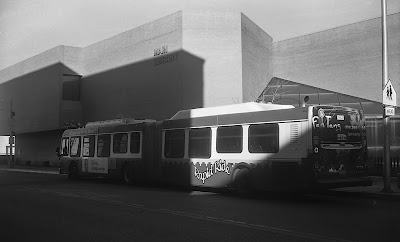 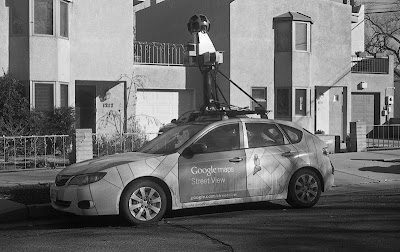 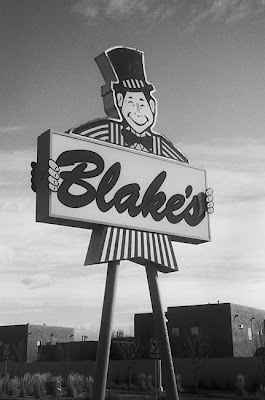 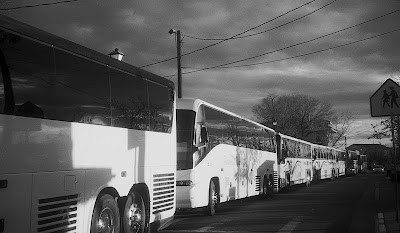 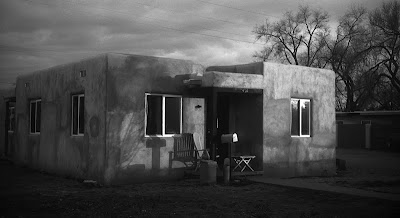 I again used 35mm film in the camera, which is actually designed to take small rolls of 828 roll film.  The ends of a strip of 35mm is taped to both spools and loaded in darkness into the camera.  The reel is a tight fit on the take-up side, and requires some patience to get properly seated without being able to see what you are doing.  Some care must be taken at the same time so as to not put too much stress on the spool end disks which are a press-fit onto the spindles and can be dislodged. 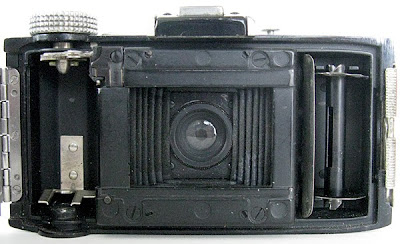 In shooting 35mm film in the 828 Bantam, it is useful to bear in mind that the bottom film rail is narrower than the top.  The result is that the image will be displaced vertically and the bottom row of sprocket holes will intrude into the image.  To compensate for that difference and properly center the image, it is necessary to aim a little high in framing your subject.
Posted by Mike at 12:56 PM 5 comments: 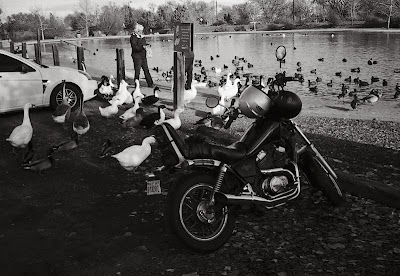 The weatherman was threatening low temps and snow, so we decided to get out for a short bike ride.  We drove down to the ponds at Tingley Beach.  Margaret took along a spare loaf of bread that didn't make it into the turkey.  The ducks and geese were appreciative of the gesture. 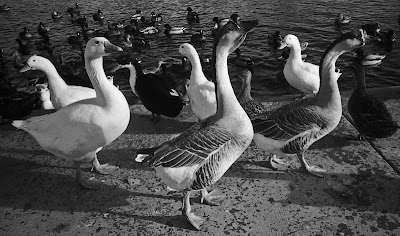 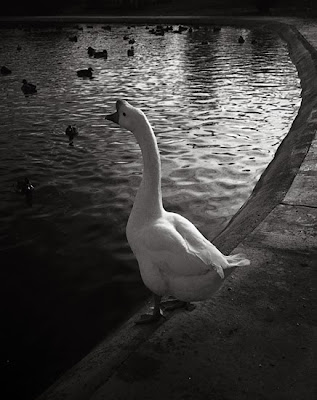 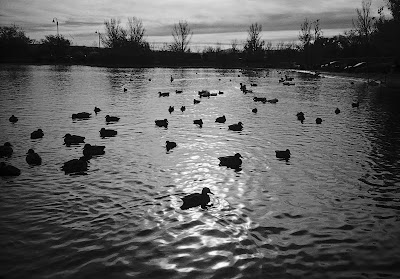 I had a fine walk yesterday in the Ojito Wilderness about forty minutes north of Albuquerque. 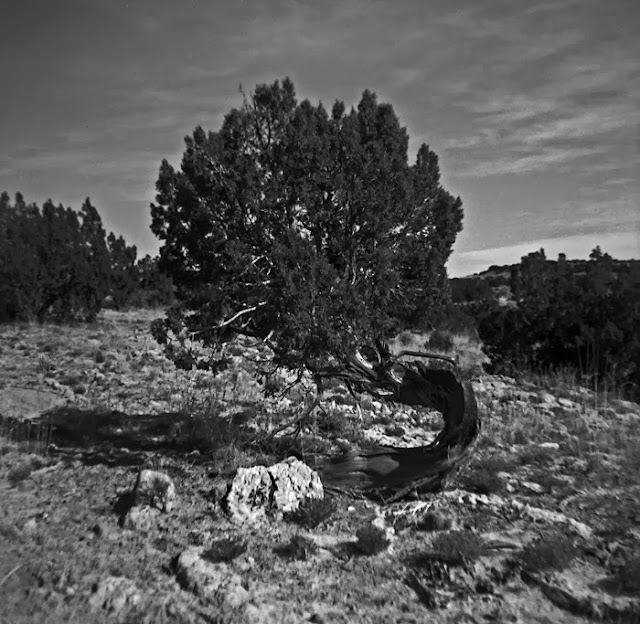 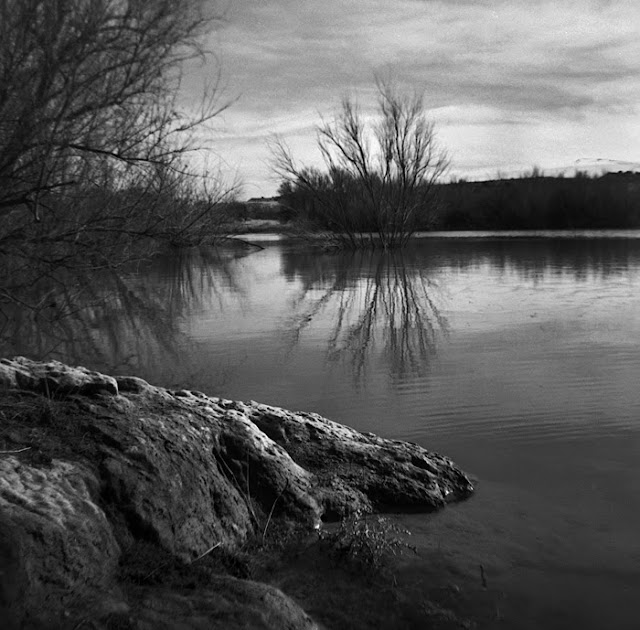