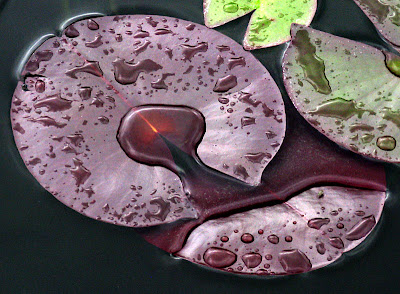 Another of the lily pond at Albuquerque's botanical garden. Several of the photos from there show a curious ray of light emanating from the lens-like puddle in the center of the pad.
Posted by Mike at 9:34 AM No comments: 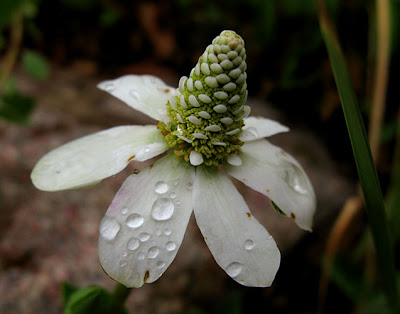 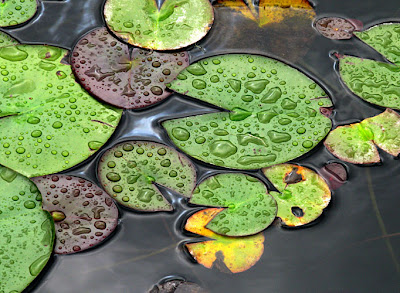 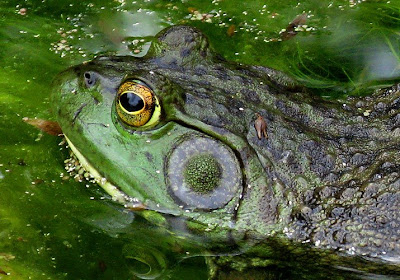 When I first arrived at Sunday's car show I snapped a shot of these fellows beginning the disassembly of a Model T Ford. When I passed by the display again a half hour later, all the component parts were laid out neatly inside the chained-off area of the museum's parking lot. 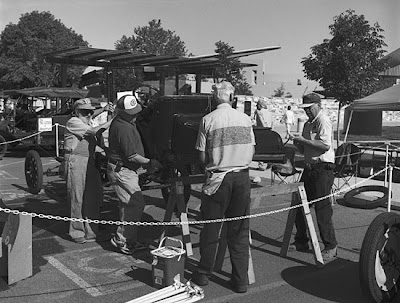 I talked briefly with a couple members of the team who had done the disassembly. They said they could get the whole thing back together in about twelve minutes. They pointed out that was pretty slow compared to the Ford factory teams who rolled out Model T's at a one-per-minute clip. 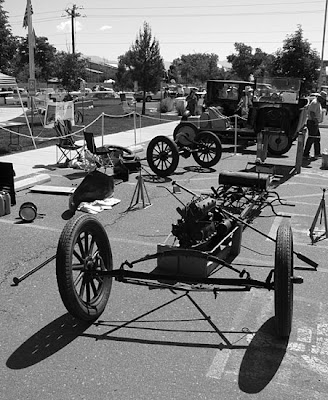 While the speed of assembly and disassembly were remarkable then and now, the really interesting thing for me was the opportunity to observe the basic design structure of the car as revealed in the parking lot demonstration.

Seeing the structural components displayed that way really made clear the importance of industrial design for mass production which was the basis for the success of both Ford and the U.S. economy in the 20th Century.

I wrote briefly about a similar experience not long ago following a visit to the National Museum of Nuclear Science & History. The yard behind the museum contains a number of partially restored aircraft and rockets, permitting visitors - at least for a time - to appreciate the artful engineering that went into their construction.

This is a subject which architectural and industrial photo specialists have been dealing with for a long time, but I think it remains a fertile field for exploration in a variety of disciplines. A lot of graphic artists have found steady employment producing exploded views for utilitarian purposes. More recently, sculptors have been producing exploded-view installations toward both aesthetic and educational ends. There is an excellent article by Phil Patton at the AIGA site about these recent developments.
Posted by Mike at 7:33 PM No comments: 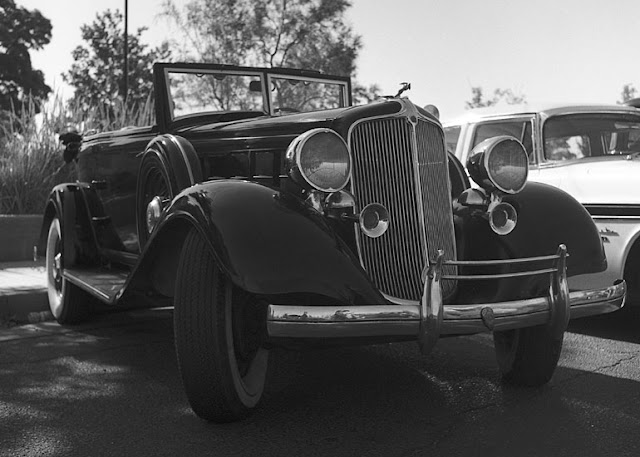 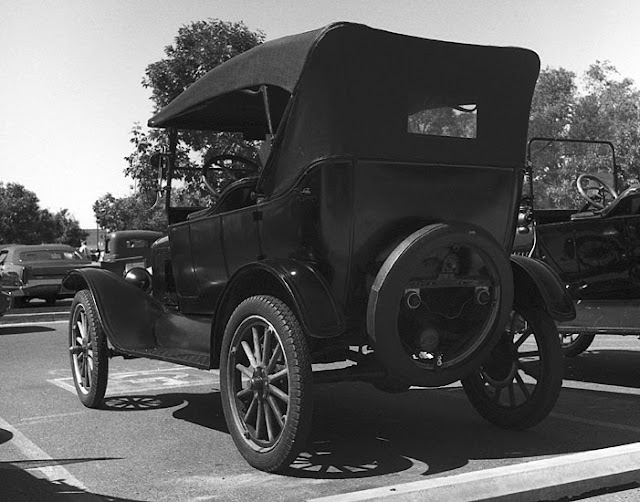 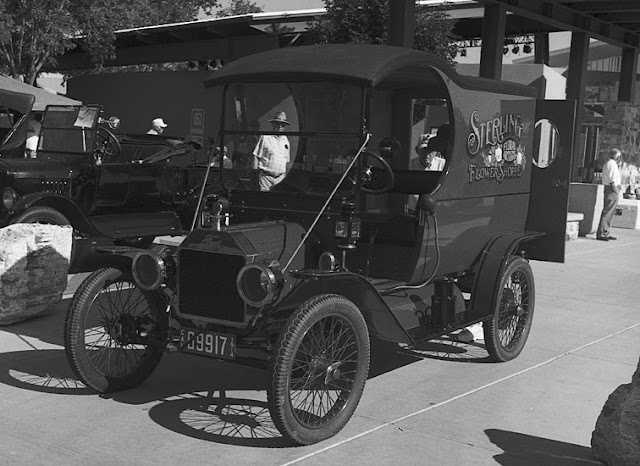 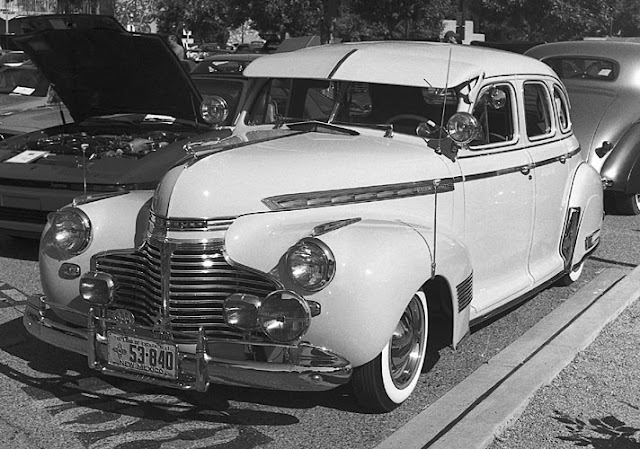 I spent a fine morning at the car show. Shot b&w in my favorite little Zeiss Ikon Ikonta A 520.

For the die-hard car enthusiasts, there is a digital color slide show.
Posted by Mike at 9:07 PM 2 comments: 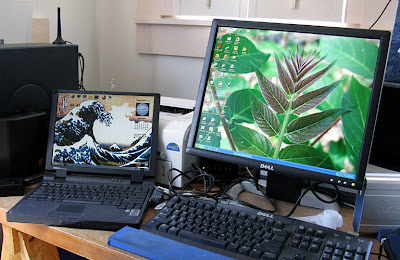 A picture of some of the geeky clutter on the door that serves me as a desk. Although I am partial to old cameras and mostly shoot film, I don't do anything with messy chemicals beyond processing black & white film. From there, the film gets scanned in my Epson Perfection 2450, and further massaged in Photoshop. The large flat screen monitor is connected to my Dell Dimension 4700 desktop computer.

The little Dell Latitude CS laptop with the Hokusai wallpaper is a recent addition. I picked up three of them for about a hundred bucks, and reassembled the components into two good-working machines. My daughter got the one running Windows 2000. I bought a 4 gig drive for the other and installed Puppy Linux on it. It is pretty peppy for a ten-year-old machine, and I plan to take it with me on our next road trip. I still need to acquire a wireless networking card, and also a card reader so that I can edit my photos in Gimp while on the run.

The wallpaper displayed on the two screens is also a new step for me. I've always been a minimalist in the past when it comes to what gets displayed when my computers boot up, but I seem now to have taken a turn toward the decorative. I'm thinking I may post a selection of my photographs properly sized for wallpaper and make them available for downloading.
Posted by Mike at 5:39 PM No comments: 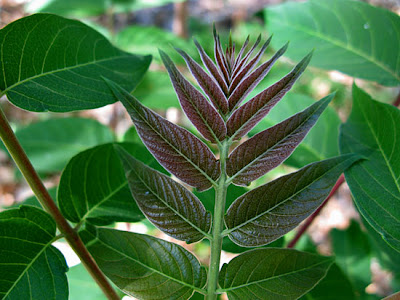 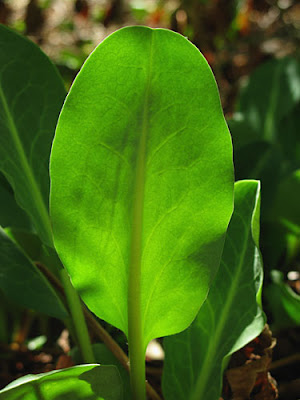 The river is running high and fast, flooding the bogs and encouraging the Spring growth. I wanted to see how the yerba mansa compared to what I am growning at home. It has no flowers yet, but it won't be long.
Posted by Mike at 12:04 PM 2 comments: 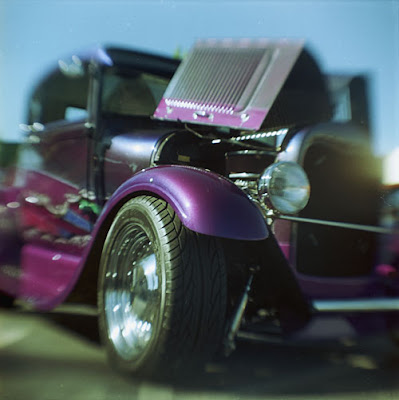 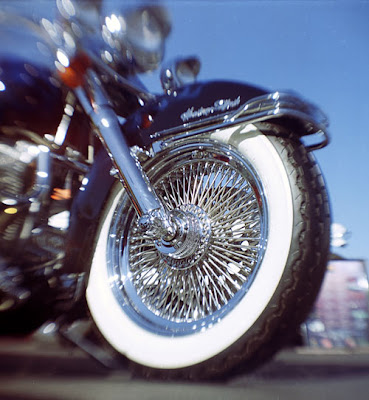 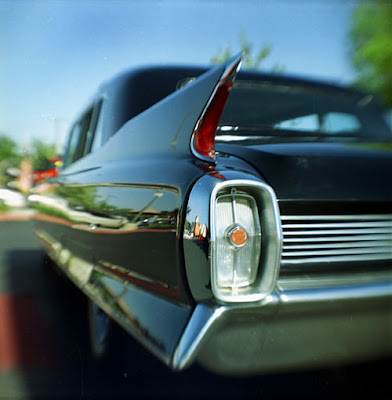 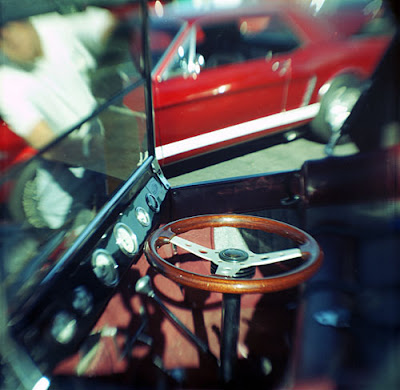 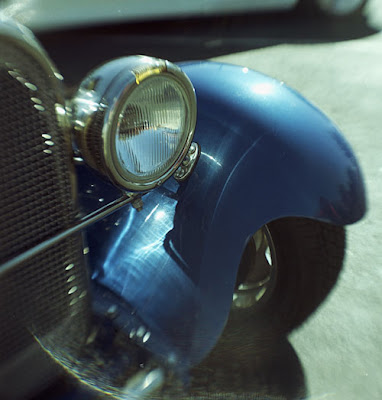 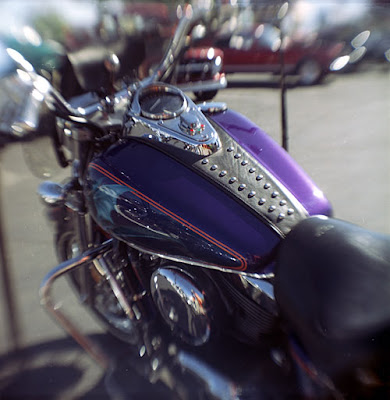 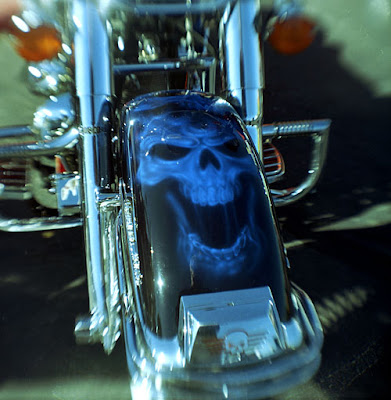 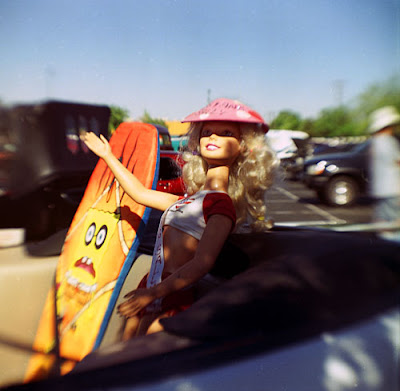 This is one of the first car shows of the year in Albuquerque. Besides being cheap fun, they are also a good opportunity to try out a variety of photo equipment and techniques. These pictures were made with the Hawkeye Flash box camera with its lens reversed.
Posted by Mike at 3:44 PM 1 comment: 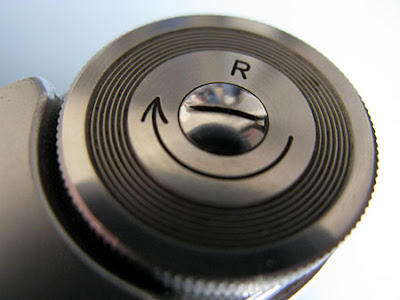 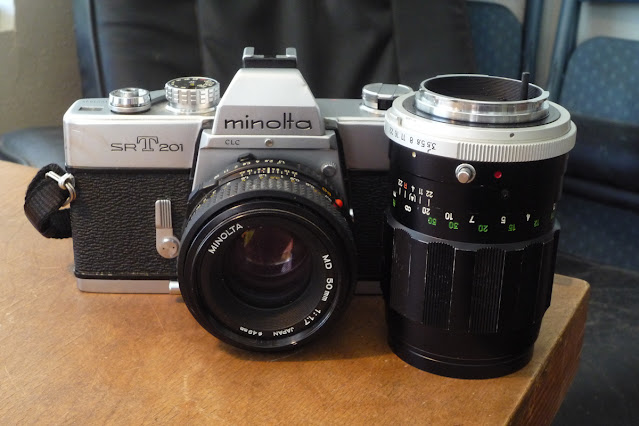