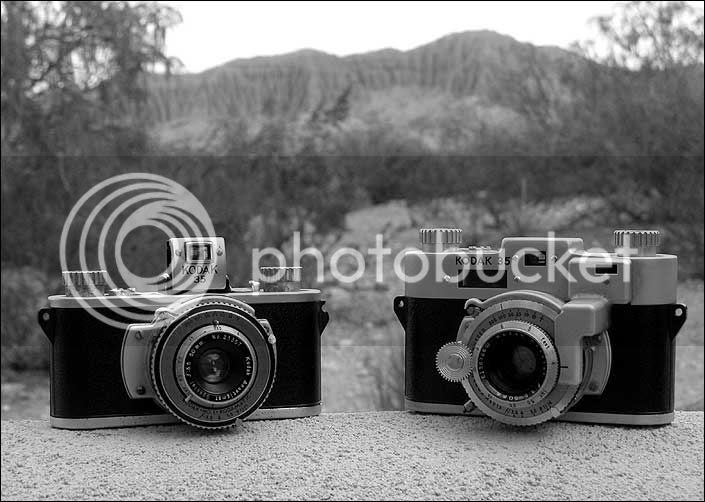 I was recently given a Kodak 35 Rangefinder model; I cleaned it up and took a few pictures with it. I also took another look at my earlier viewfinder model, Kodak's first domestically produced 35mm camera dating from 1938. I did a little more work on that camera's shutter and put a roll of film through it too. Both these cameras make extensive use of features developed originally in Kodak's medium format folders; they incorporated inexpensive synthetic materials and construction processes which resulted in low cost. Both models came with a variety of lenses and shutters; the Anastigmat Special lens on my Kodak 35 is as sharp as any lens produced in the 1940's. I've added a page to the Vintage Cameras section of the web site with some more comments on the Kodak 35.
Posted by Mike at 6:47 AM No comments:

This picture of a 1950 Chevrolet was made with a Kodak Retina I of the same vintage. Clicking on the front page image will open a new window displaying a photo of the same car at an Alamogordo car show; it was made with a Kodak No. 2 Folding Hawkeye Special, dating from about 1930...My grandfather had a car similar to this when I was a teenager in Seattle; not quite the same, though. His was a cream and brown business coupe with just a platform in the back rather than the seat, and his also lacked the fender skirts, headlight eyelids, and window shade of the deluxe model pictured...The car before was a green 1939 Chevy coupe; he gave it to me when he got the '50 model, and I proceeded to tear it to pieces, and never got around to driving it -- he must have thought I was nuts...I think my grand-dad's last car was a black '56 Chevy two-door -- very sleek looking with its shiney chrome trim. He was a Chevy guy.
Posted by Mike at 5:10 PM 2 comments:

Much of my photography is done with old film cameras, most of which require some attention before they will produce pictures. My latest project is the restoration of a simple little 35mm camera, the German Finetta. I've added a one-page article about the camera to the Vintage Camera section of the web site. 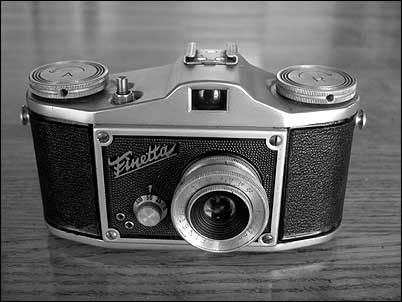 My project to document local wildflowers is moving slowly due to the ongoing drought. I'm still hopeful that the summer rains will bring out more of the poppies and other varieties that we see here in good years. In the meantime, I found this stand-in at a local pottery shop in Mesilla. 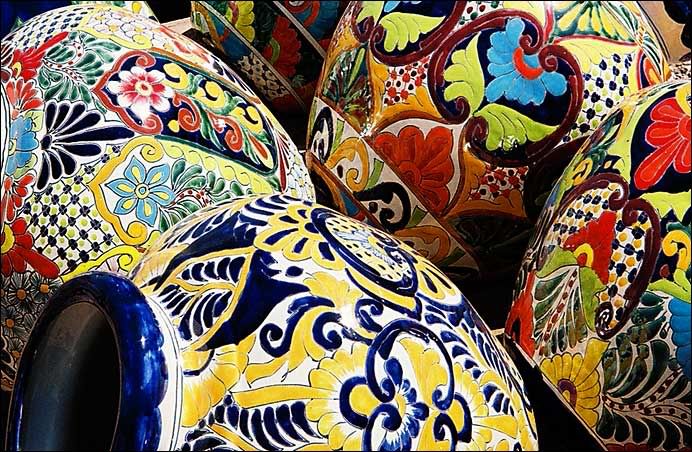