I took the Minolta X-700 and two lenses to the Biopark to shoot the African Forest Lily which blooms in the conservatory in January and February. 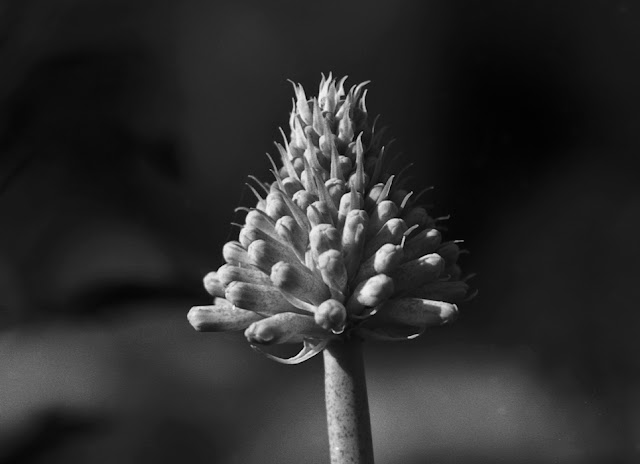 The first shot is with the 135mm and a +2 closeup accessory lens.  Shooting slow film in 35mm is something of a challenge in a greenhouse.  I would likely have had better results either with a tripod or using medium format with 400-speed film. 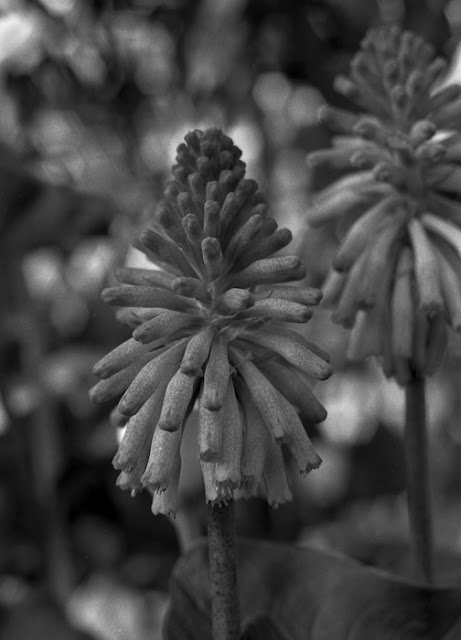 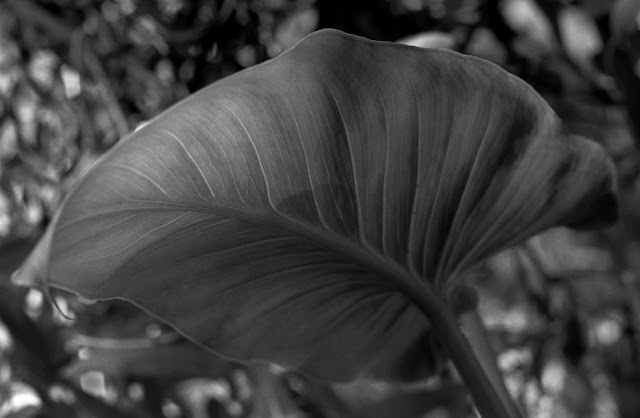 Outdoors, the use of the normal and telephoto lenses presented no problems.  However, my negatives were a bit thin, so I'll try the next roll with a +1 exposure setting which worked well for me with the XG-1. 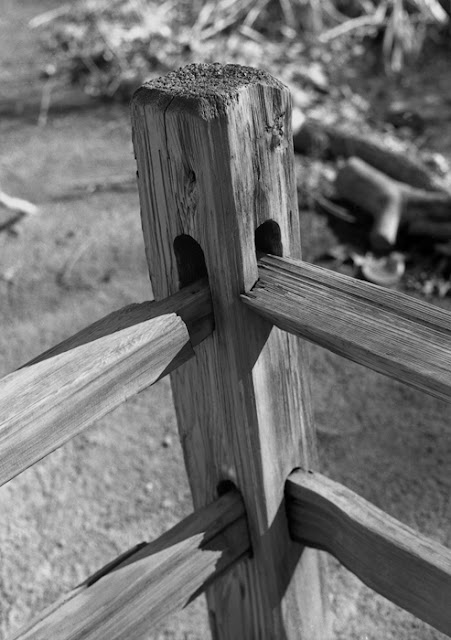 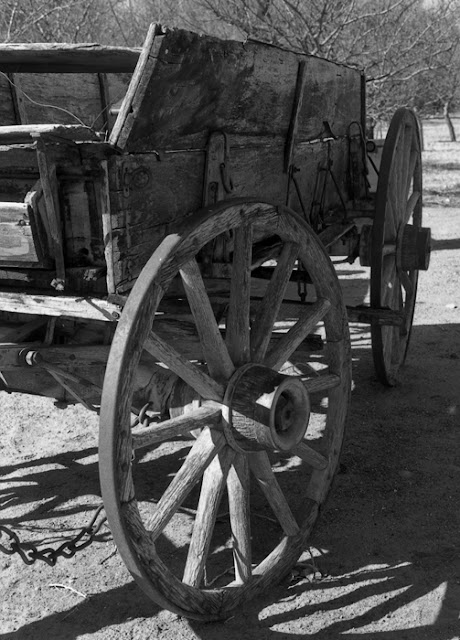 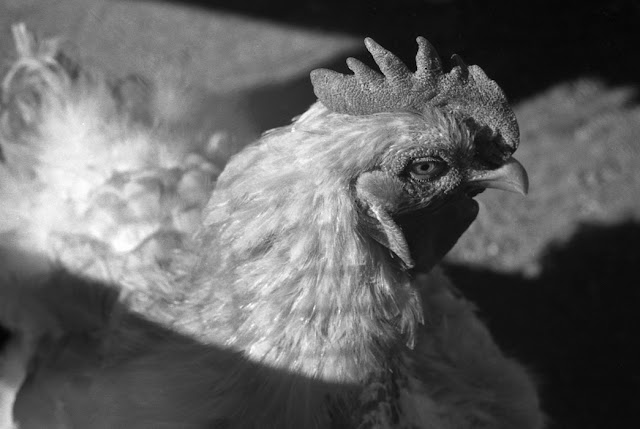 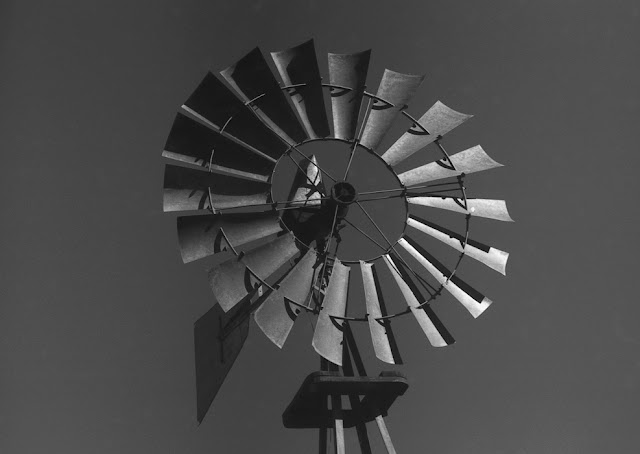 The Minolta Celtic 2.8/28mm lens I ordered on ebay showed up the next day on my porch.  It was gray, cold day, but I wanted to see what the lens would do. so I finished off the roll of TMAX with Roxie at the dog park.  Poor light, but the lens looks like it will be a sharp shooter. 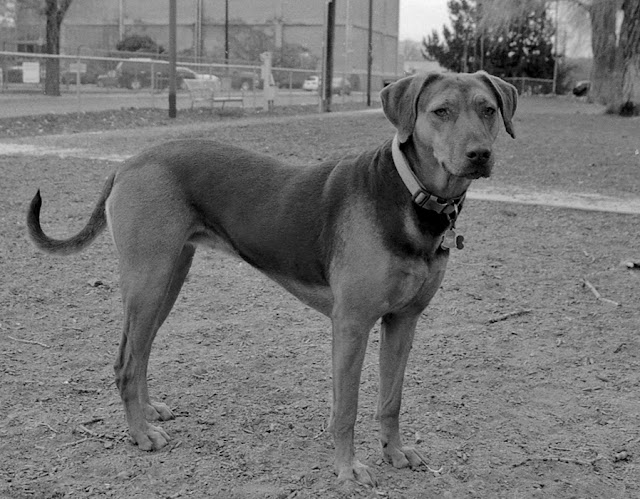 I'm enjoying learning to use the Minolta X-700.  I borrowed one from a neighbor six or eight years ago, shot just one roll and decided I didn't like the camera.  Having shot a Spotmatic for forty years, I felt that the X-700 had too many buttons to deal with, and I was a little unhappy at the time with the plastic components.  Now, having spent some time with the manual and experiencing the excellence of the Minolta lenses I am pleased to have the opportunity to work with a full kit.
Posted by Mike at 6:28 AM

You've got the touch with b/w exposure so I'm not sure it matters what gear you use!

I've owned two X-700s and both died with the dreaded stuck-winder problem. I wanted to like them, I really did, but I didn't get enough time with either one to bond.

I think my X-700 may have seen little use before I picked it up at a yard sale. If it fails I can probably talk my friend out of hers since she has been shooting only digital for quite a while.

Sometimes, you need a second or even a third go with a camera before everything falls into place. I was that way with the Nikon F3. I really didn't bond with my first two copies of the camera. Third time at bat and it's a hit with me!

I'm beginning to think 100 cameras may be too many.

I have my "collection" and I hate to call it that because I am a user, not a collector...but I'm down to about 35-40 right now. And many are duplicates (Spotmatic) because I have this paranoia that one day, all of the Spotmatics will be gone and I better have at least a half a dozen. Ha!

It is an interesting historical development in technological progress that millions of high quality mechanical film cameras became surplus commodities and then found a market on the internet. That all fit well with my own interests and I was happy to take advantage of the situation. My goal has always been to make the best possible pictures that I could with a lot of old cameras. I feel that I have succeeded in that respect and offer no apologies, though I know many might say I set the bar too low.

Nice job with the tonality and contrast! And the old Celtic lens looks great. I recall they were marketed as a budget option for Minolta users, but do not recall any complaints about the optical qualities. It is sobering to consider that many of these optics from 40-50 years ago are almost as good optically as the most recent 10+-element behemoths that are intended to cover the 24×36mm frame size (no, I won't use the "full-frame" nonsense). Keep up the great experiments.

I'll take the Minolta kit on a trip to Las Cruces this week, so hope to give all the lenses a good workout.

I'm surprised the chicken was still for a portrait. They are normally quite jerky in action and I've given up trying to make a photo of them.
The results here are nice and crisp and it looks like you will get lots of enjoyment out of this combo.

You are right about that, Becky. The chickens at the Botanical Garden are quite tame, but they are constantly on the move and difficult to capture in a photograph. In this case I wiggled my fingers through the cage wire and a couple came right up to me, but the image I got was still mostly luck.