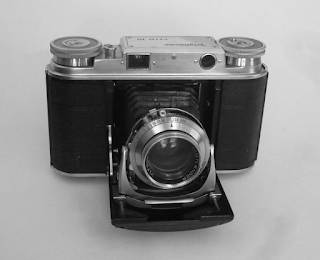 I decided to acquire this Voigtländer Vito III recently when I came across its listing on ebay at what seemed a reasonable price.  The seller was a photographer who had made pictures with the camera.  He said the camera showed some minor signs of use, but everything worked properly.

I was pleased to find on receiving the camera that the seller's claims were largely justified.  There is a little brassing on the lower side and a couple corners of the covering will need to be glued down.  The viewfinder could benefit from a cleaning, but it is usable, and the coupled rangefinder is accurate.  The Ultron f2/50 lens is clear, the shutter seems accurate, and the controls work smoothly.

These pictures from the camera were made on a roll of Kentmere 400 which I exposed at a stop slow for processing in PMK Pyro.  The early morning light in the riverside forest was a little on the dim side. 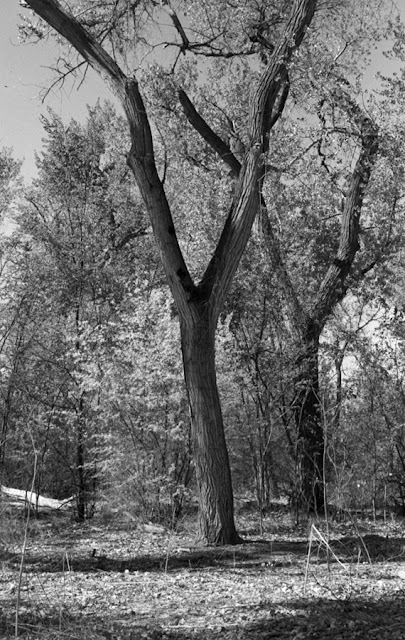 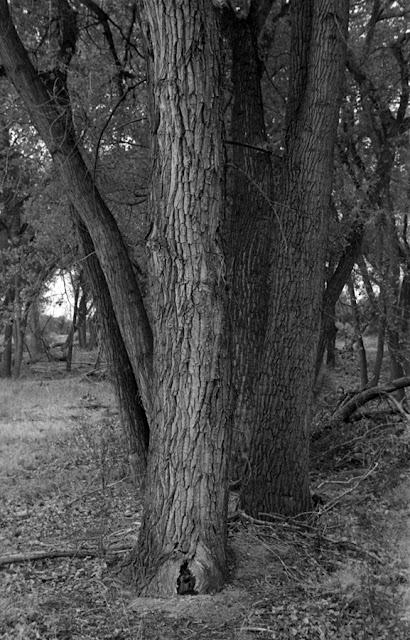 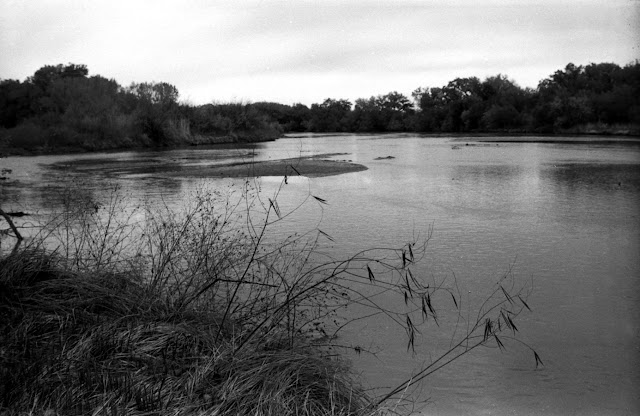 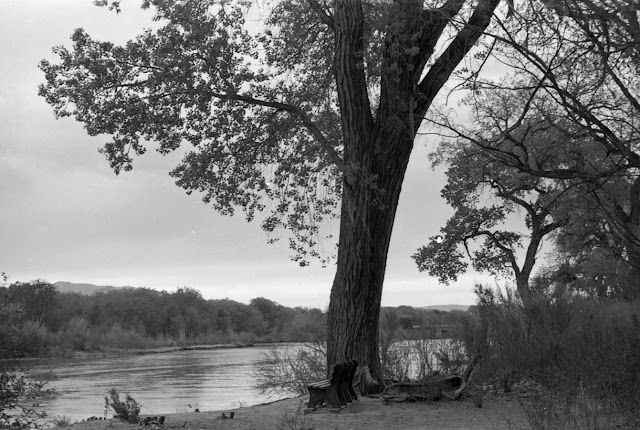 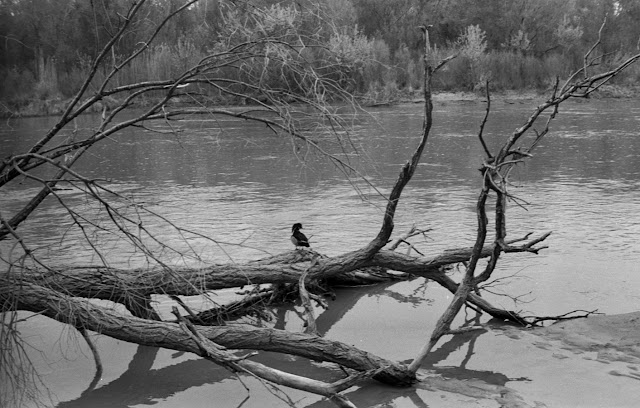 The light was a better the next day during a stroll through Old Town. 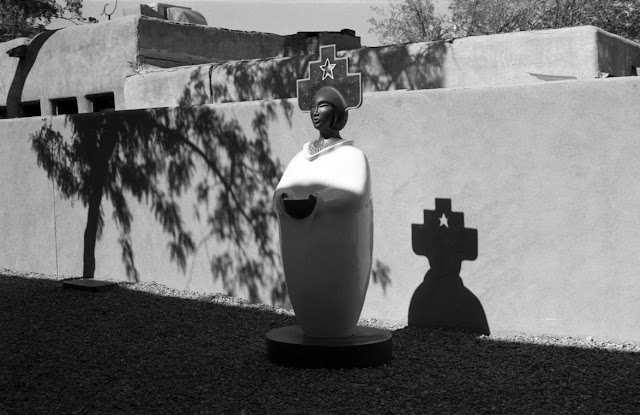 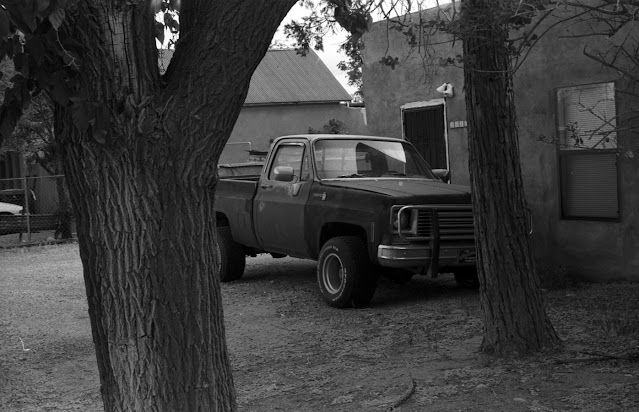 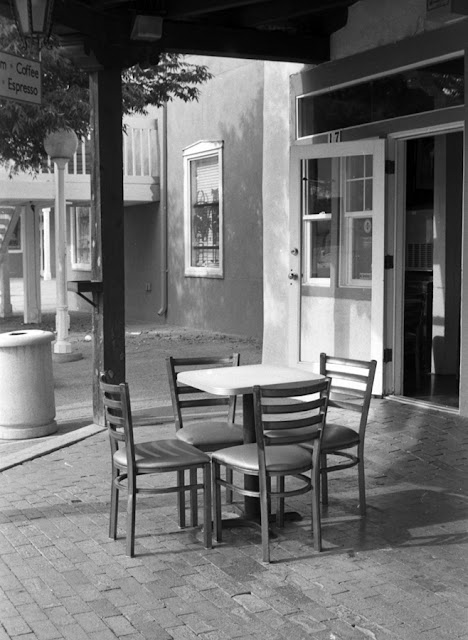 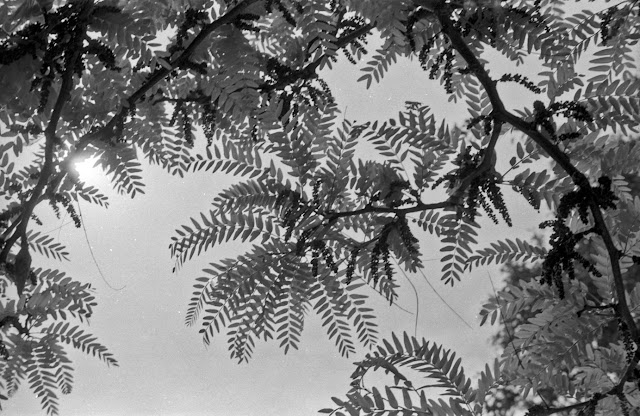 The images from the camera lived up to my expectations.  It will take some time, however, to get used to the unconventional placements and operation of some of the controls.  Focusing is accomplished by turning the knob on the top-left of the camera which also contains a pop-up rewind key.  The viewfinder window is to the right of center, so parallax must be allowed for in the opposite direction from that required by most of my rangefinder cameras. 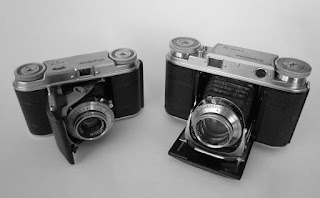 The placement and operation of the aperture, the shutter speed ring and the cocking lever are quite similar to those controls on my Vito II, one of the first cameras I acquired when I got back to shooting film about twenty years ago.  The Vito III is quite a bit larger than the Vito II, but still quite compact and pocketable when folded.  I'm thinking it will be fun to carry both together, one loaded with b&w and the other with color.
Posted by Mike at 6:00 AM

Your Vito III appears to be in really nice condition and you've made some fine images with it on your first outing. Will be interested to read more as you get to know this camera.

The build quality of the camera is inspiring.

A nice find. I bought one a while back but unfortunately it was not operable so sold it on as spares/repair.
The Vito III is actually closer to the Prominent as all the controls are the same but instead of the interchangeable lens mount they put the folding lens from the Vito. It makes for a nice compact package and is still on my want list if I can find one at a price I want to pay.
In the meantime the Prominent is an excellent camera.

Yes, quite a remarkable similarity between the III and the Prominent. There is quite a bit more information available on the Prominent than on the Vito folder, so I thought I might pick up a repair guide I have seen for it. Even though my example works well, it would be nice to get the vf cleaned, but the complexity of the construction is a little intimidating.

These are excellent negatives. That Vito III is a rare gem, a folding camera with one of the best f/2 lenses of the mid-20th century. I'll look for more examples in the future. (Wonder if I should buy a Prominent?)

Yes, definitely buy a Prominent so I don't have to.