Having a good supply of expired but properly stored Fuji and Kodak color film gave me a good reason to get out with my Vivitar Ultra Wide & Slim camera.  I loaded a roll of Kodak Gold 200 with an expiration date of 09/2009 and made 24 exposures on walks in the neighborhood. 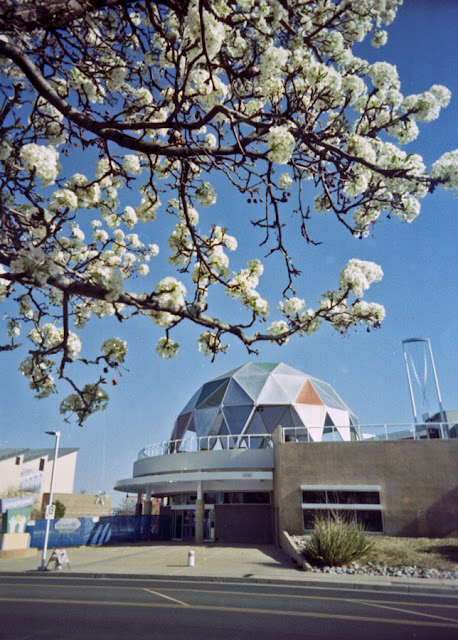 Several things became apparent when I processed the film normally in Cinestill C-41.  The decade of refrigerated storage had resulted in very little deterioration.  And, having not used the little vuws camera for some time, I had forgotten the fine points of shooting it.  I managed to capture my finger in about half the shots.  The 22mm lens, the small aperture and great depth of focus means you really need to shoot the camera much as you would a pinhole.  The processed film did have quite marked curvature across the width, so I had to scan it upside down with the curve away from the glass to avoid Newton rings. 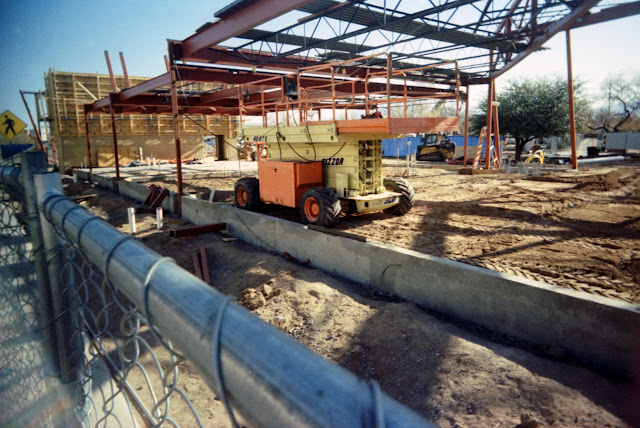 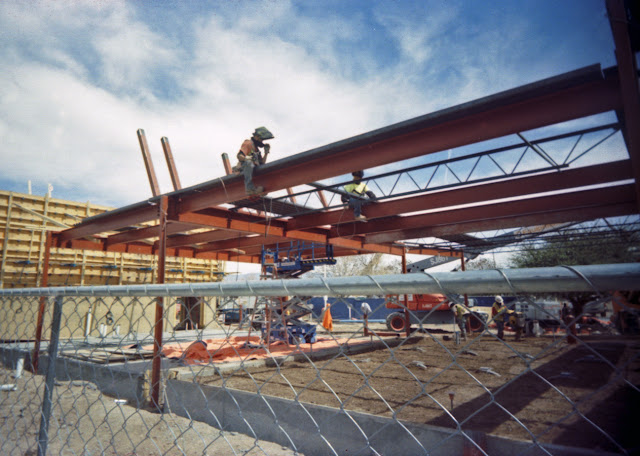 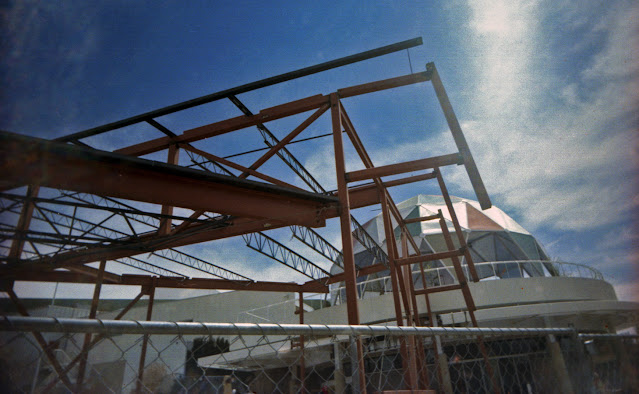 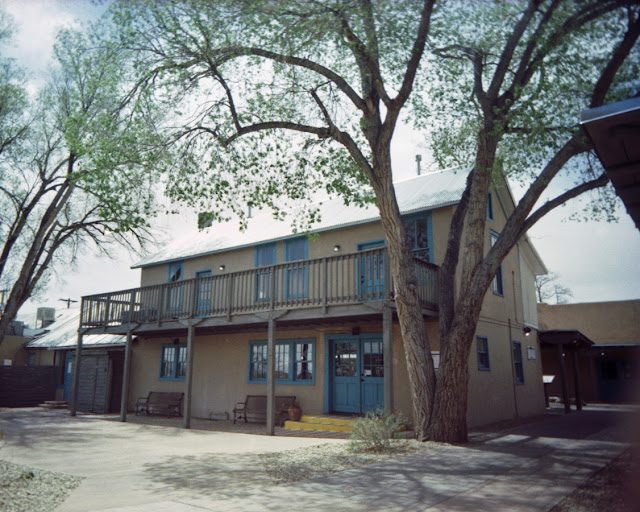 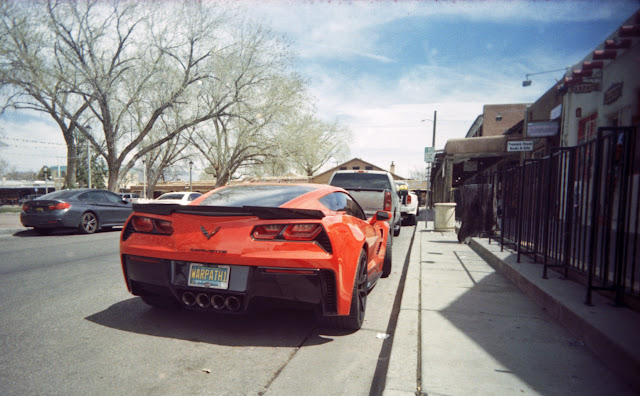 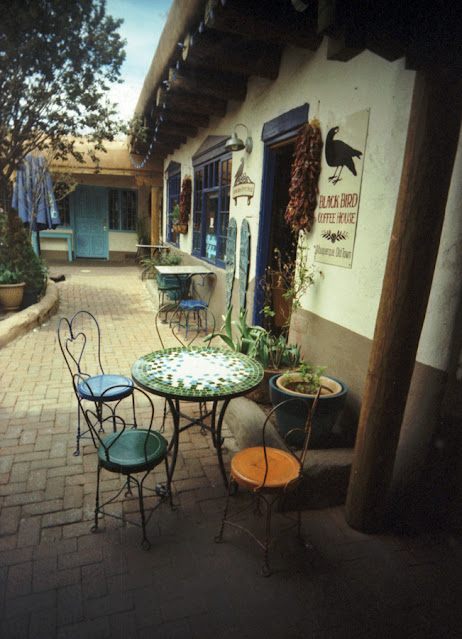 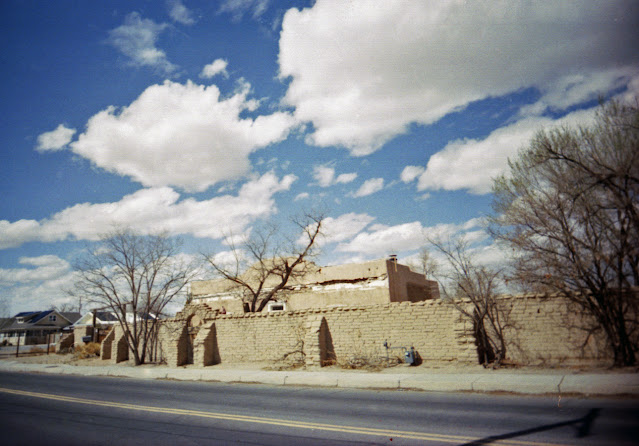 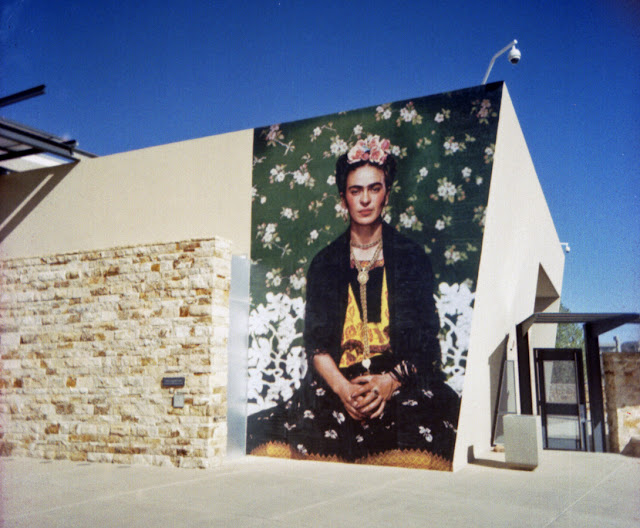 I'm pleased I have lived to see another Spring.

Lovely photos. I have to say, I love my UW&S. I've heard that one should only put 24 exposure rolls through it, because the plastic winding mechanism is prone to snap under the torque of a 36 exposure roll... but I've never had an issue.

The UW&S is also one of my favorite cameras to travel with. Very pocketable, light and if you lose it... all you really lose is the film.

I was scrolling through my LightRoom catalog yesterday, and I came across some shots taken with my Lomography Sardina... another great wide angle camera, and again, very travel friendly. And in the right light (bright) with the right film (Ektar) the results from that plastic lens are quite stunning.

I've been using the vuws for years, but it always manages to surprise me with the excellence of its results.

Decent results from an inexpensive camera. I looked on eBay, and these little Vivitars appear to have become trendy items, selling for more than $50. Most film items have risen seriously in the last year or so.

I think I paid ten bucks for my first Vivitar Ultra Wide & Slim about fifteen years ago. I later found several in thrift shops; the last cost me 99 cents. You are right, though. They are going for silly prices now.