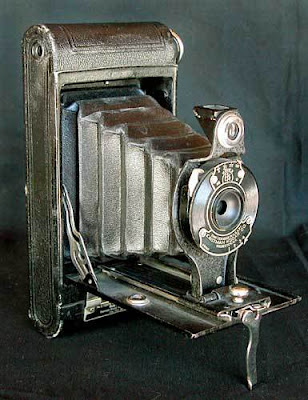 There is an amusing article in today's Guardian about the the world's largest yacht:

"Roman Abramovich's latest extravagance, Eclipse, probably so-called because it's almost big enough to block out the sun, is the world's largest mega-yacht. Measuring 557ft long, it boasts two swimming pools, two helipads and an onboard missile defence system. And, just in case any missiles do get through, it comes complete with an escape pod: its own submarine. Its most curious feature, however, defends it against an altogether more insidious weapon: the prying eyes of the paparazzi."

The anti-paparazzi system detects nearby digital cameras, probably, by their focusing signal, and blasts the location with an obliterating flash of light. Of course, this only works if the paparazzi are toting digital cameras. All it takes to defeat the system is any old manually-operated film camera. Since I have quite a few such cameras in my collection, I figure I'm well-positioned to cash in on the niche market for specialized paparazzi gear.

Were I to undertake the photographing of celebrity high jinks on the Eclipse, my first choice would likely be one of the Folding Autographic Brownies as one of those was responsible for one of my favorite nautical shots from New England: 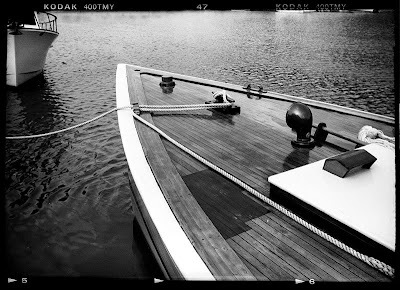 I also liked the results I got from my Olympus 35RC while visiting Portland, Maine: 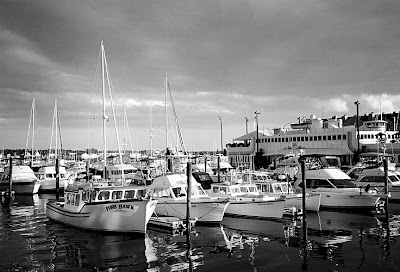 And, my favorite travel camera, the Voigtländer Vito II, captured many fine marine scenes in the Greek Islands: 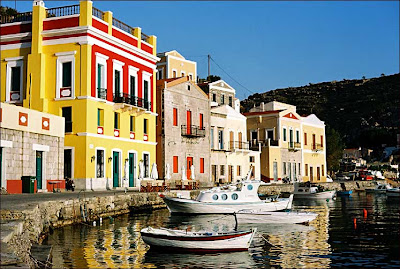