Thanks to my friend, Kodachromeguy, I have a big pile of expired film to play with.  First up is a roll of Ilford Pan F 50.  The expiration date on this one is June 1991.  I loaded the first roll into my Argoflex Forty and went to the Botanical Garden to shoot some familiar scenes.   I gave the film a couple extra stops of exposure to compensate for age and processed in Rodinal 1:50 for 11 minutes at 20 deg. C. 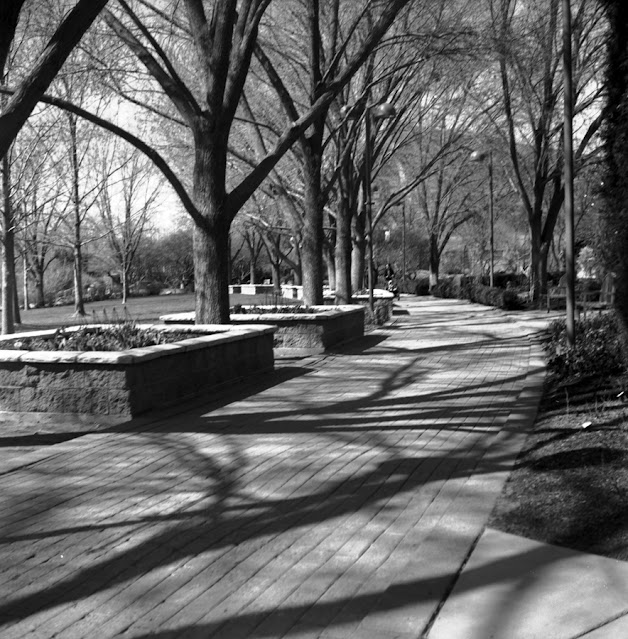 The first shot of the brick path through the garden seemed perfect in regard to exposure and tonalities, but I either misfocused, or the speed was a bit too slow.  The next shot of the fountain was better in regard to sharpness.  Bracing the camera on the ground probably helped to keep it steady. 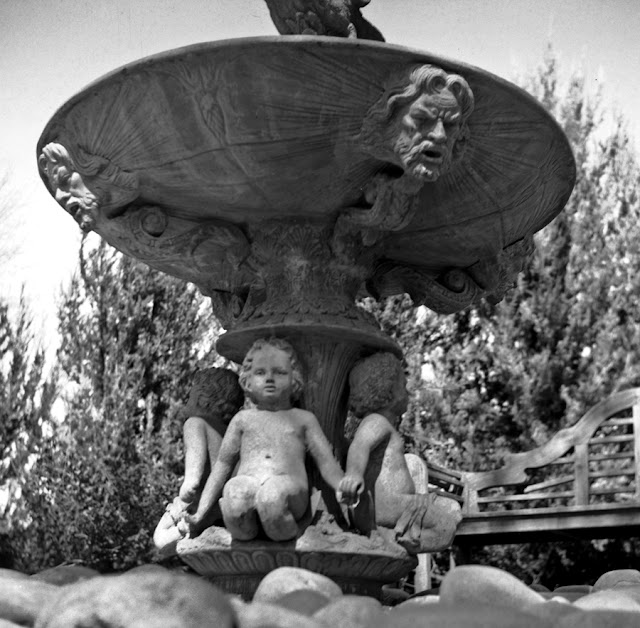 In the middle of the roll there were a couple very dense, strange looking frames.  Hard to say what happened there. 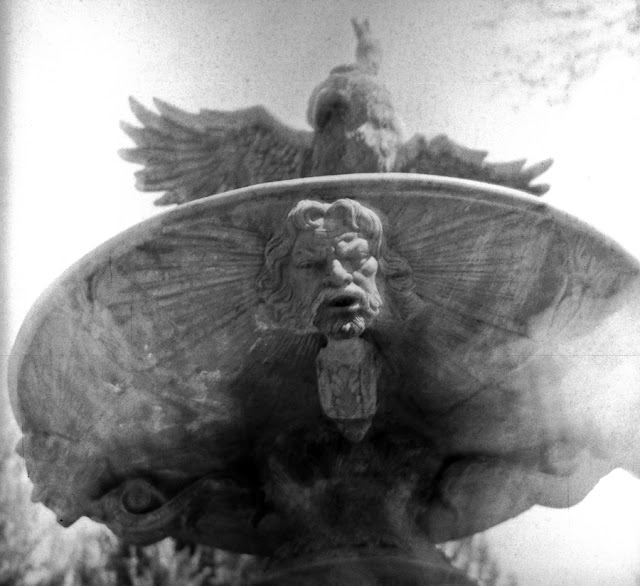 Toward the end of the roll the images seemed normal in every respect. 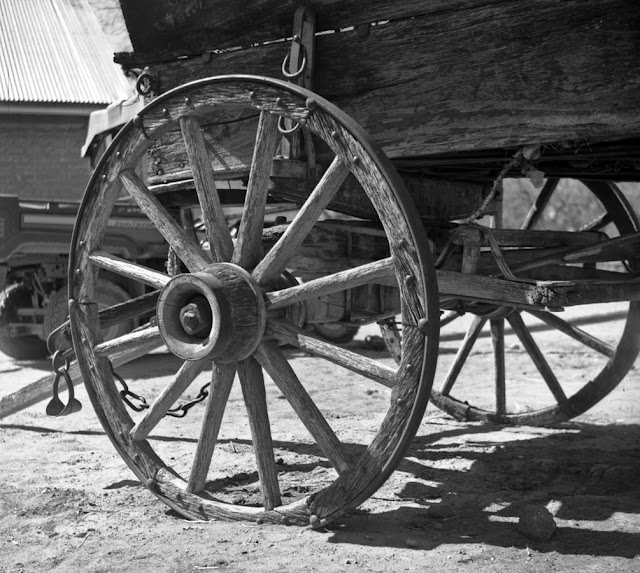 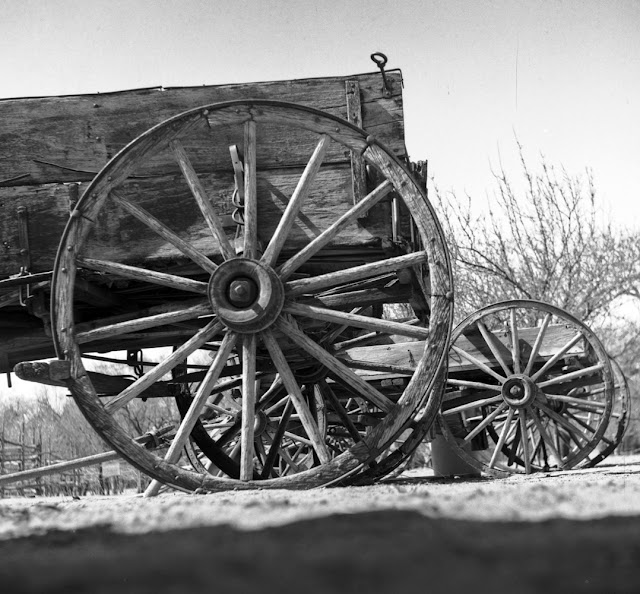 Here is what I really, really like about this film:
the backing paper.

The numerals and lead-up symbols are marvelously visible through the ruby window which is used for advancing the film in a lot of old medium format film cameras.  By contrast, the framing marks on modern films are so dim and low contrast that it is nearly impossible to properly advance the film without overlapping frames or missing frames altogether.
I have a couple more rolls of Pan F and am looking forward to shooting them, perhaps in different cameras which offer a bit more control over exposure and focusing.
Posted by Mike at 6:00 AM

Especially your wagon wheel shots make the Pan F look good. I haven't warmed to this film and recently gave away my stock of it. I'm wondering if I just didn't give it enough of a chance now.

It seems like all the old, slow films hold their age well.

I managed to avoid using any of the low speed, fine grained films when they were originally available, so I'm enjoying the opportunity to have some experience with them now.

The two wagon wheels are perfect. Well done! This roll of Pan-F survived the years well. This is such fine-grain film, it is a match for Panatomic-X. My experiment with Pan-F also turned out really well, and now I wonder why I never used any in the 1980s or 1990s.

I sure wish the current roll films had such legible backings!

These are fine images; back in the day, I was never able to make it work nearly so well. The only film I had less success with in outdoor conditons was Panatomic-X.