Among the trove of expired film I was recently gifted were six rolls of 120 Tri-X Professional with an ISO of 320.  I decided to shoot the first roll with a use-by date of 08/1992 in my Welta Perle folder.  I made a few shots in my neighborhood and then spent a morning walking around the UNM campus. 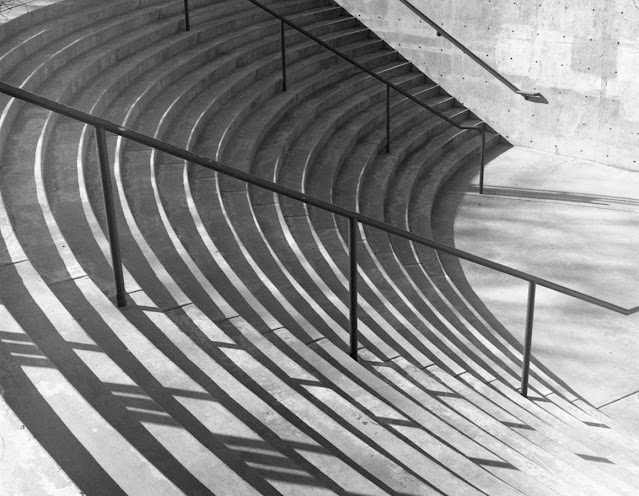 I gave the film an extra stop of exposure to compensate for age and then processed it in L110-b for six minutes at 20C.  The negative density was a little thin, but there were no obvious age-related artifacts in the images.  I'll try an additional stop of exposure in the next roll, and maybe add another minute in the developer as well. 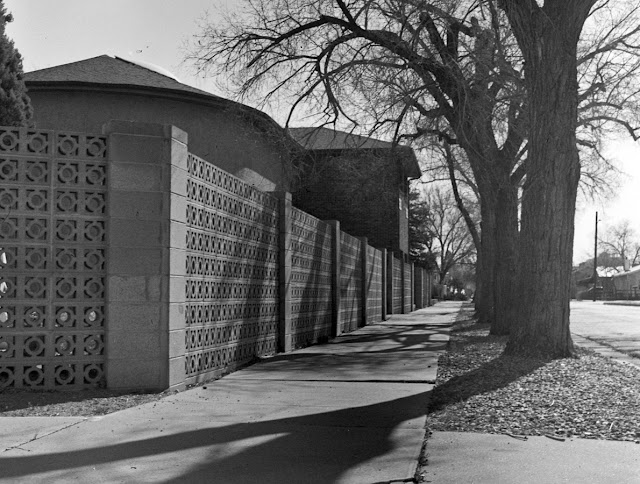 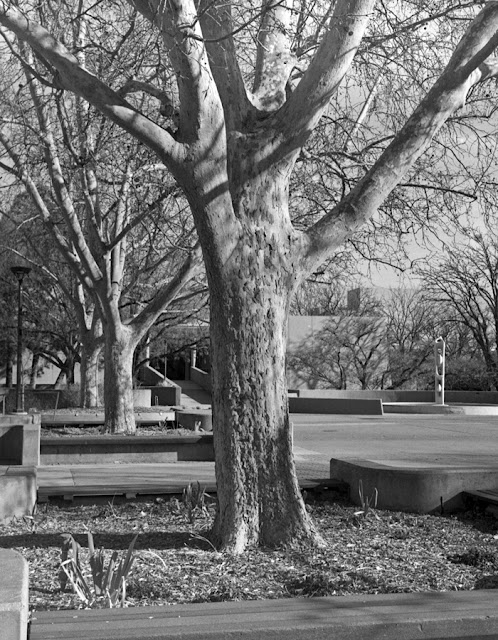 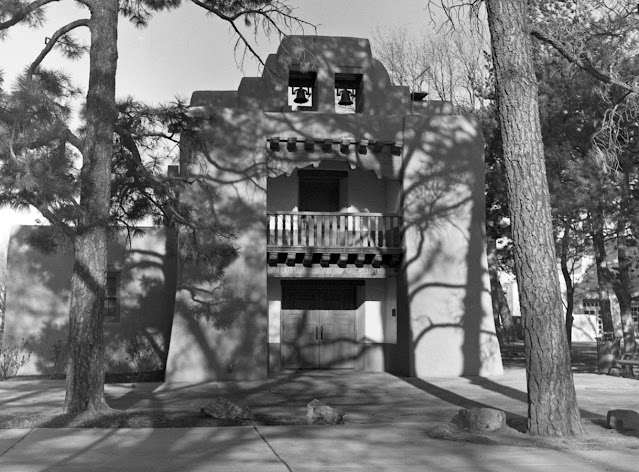 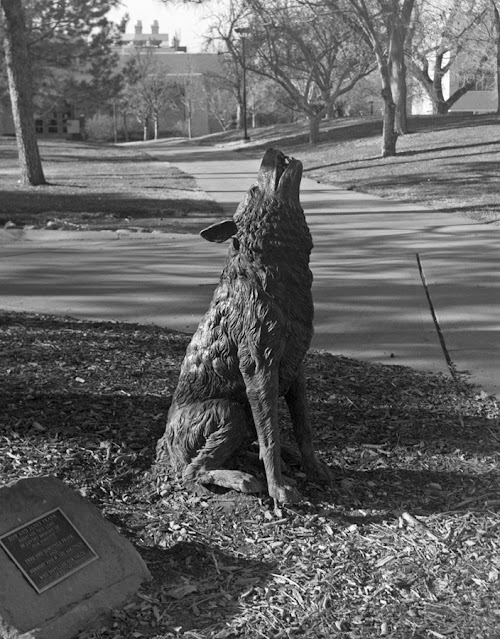 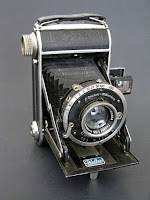 The Welta Perle is the oldest of my 6x4.5 folders, but also the best preserved, it looks like it was hardly used since it was produced in 1935.  The f3.5/75mm lens is a Carl Zeiss Jena Tessar which is uncoated, but still a sharp performer as long as it is not brought too close to the sun.  The rugged old Compur shutter seems accurate throughout its range.
Many of the 6x4.5 cameras have light leak problems because of the need for two ruby windows in the back.  The Welta Perle is totally light-proofed with a swiveling cover for the windows and tubular baffles over the film holders.
Posted by Mike at 6:00 AM

I am surprised this film performed as well as it did, considering the faster speed of Tri-X. I have had good luck with some of the slow black and white film stocks--30, 40 years expired...but not in this ASA range. Love the shot of the stairs!

I think this roll of film may have spent the better part of thirty years in a refrigerator.

I'd say you got some great results for 30 year old film. It scanned nicely, anyway.

Hard to beat free film, whatever the age. Tri-X does not seem to hold up quite as well as the slower, fine-grained film, but I'm looking forward to using the remaining five rolls with what I've learned from the first one.

Nive results! Better than 30 years in the refrigerator: this film was in the freezer all that time. I used the Tri-X 320 film a lot in the 1980s and 1990s, but I cannot recall exactly why I chose it rather then Tri-X 400. I use the 400 version now because it is the current product, and I cannot claim that it is better, worse, or about the same as the discontinued 320 film. Try a bit longer development time, but EI=125 or 160 should be fine.

I'll try the next roll in one of my better medium format machines. The uncoated Tessar on the Welta is plenty sharp for medium format work, but is prone to flaring, so it seems like something post-war will be a more fair challenge for the Tri-X.