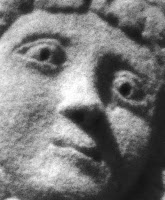 PHOTOGRAPHS record an intersection of light and time. We have become accustomed to viewing records of such events made with sophisticated lenses capable of producing images which are uniformly illuminated, sharply focused, and without obvious distortions. Pinhole images are quite different in character from those produced by lenses. Such images are found to be fundamentally unsharp if examined closely. However, it will also be seen that the small aperture of the pinhole creates a depth of focus which makes everything equally in focus from a few inches to infinity. Projecting an image from a pinhole onto a flat plane results in some vignetting due to light fall-off at the frame edges, and there will also be some stretching out of the image features at the edges. 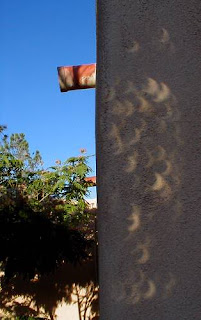 Although the pinhole thus presents a type of image to which we are unaccustomed, it might be argued that the pinhole is depicting a truer version of reality because there is nothing but air between the real world and the image projected onto the film plane. One can curve the film plane to compensate for some apparent distortion and light fall-off, but that just introduces a different set of linear peculiarities, and lens designers are always faced with similar trade-offs. In the end, it is probably all a mixture of interpretation and illusion that we are really talking about, and one of the pinhole's virtues is that it reminds us of the slippery nature of reality.

The pinhole phenomenon has been known and exploited since Antiquity. Projected pinhole images occur frequently in nature, but it takes some good luck to find them in a location that is sufficiently shaded to make them perceptible. One time this happens with predictable regularity is during a solar eclipse. If one looks then at a wall shaded by trees, the pinholes formed by the intersections of leaves and branches will be seen to be projecting a multitude of images of the crescent sun. Once the origin of such images was deduced – and people had sufficient leisure and resources – the pinhole image became a source of entertainment and functionality. Renaissance artists made use of camera obscura images as drawing aids, and the development of glass lenses greatly increased the portability and practicality of image projection devices. 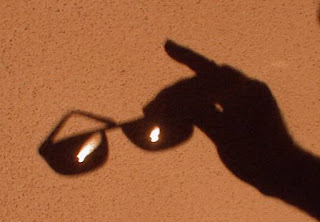 While an understanding of the pinhole phenomenon was a necessary precursor to photography, pinholes actually played a very minor role in the discovery of that process early in the 19th Century. By that time, lens design was already well advanced and the brightness of images projected by a lens was crucial to the photographic process because of the weak response of early photo-sensitive materials. Also, it was not the projection of an image – be it through a pinhole or a lens – that signalled the arrival of photography, but rather the ability to fix the image somewhat permanently on a flat surface so that it could later be viewed and transported. Photography was thus at that point more a triumph of chemistry than of optics. There was some experimentation with pinhole photographic images from the earliest days, but it became a much more feasible pursuit with the development of modern, fast films. The invigoration of interest in pinhole photography since the early 1980's may also be thought of as kind of a backlash to an over-abundance of "perfect" lens-made images which has somewhat devalued their importance in everyday life.

Perhaps the greatest attraction of producing pinhole images is the lure of making something out of nothing – a kind of magic. A light-tight box with a hole in it and a piece of film or photographic paper wielded by anyone is capable of producing a detailed depiction of a natural scene beyond the capabilities of the finest draftsman. That was certainly part of the allure of early photographic endeavors, and it is possible to recapture some of that early enthusiasm for the photographic arts by constructing and using your own pinhole camera. Of course, one can also spend real money on acquiring somewhat complicated and artfully designed pinhole cameras, but none of them is really likely to produce images superior to those from the simplest home-made pinhole cameras if used with a bit of patience and perseverance.

I had some good luck in finding my perfectly working Nikon F locally at a negligible cost.  I already had several more advanced examples fr... 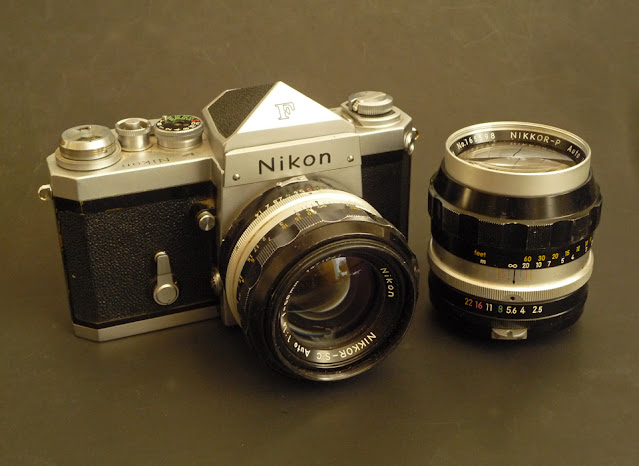