I picked up the Nikon EM at a yard sale for ten bucks a while back.  The camera worked ok, but I didn't like the Tokina zoom lens it came with so I set the camera aside after shooting just a roll or two of film. 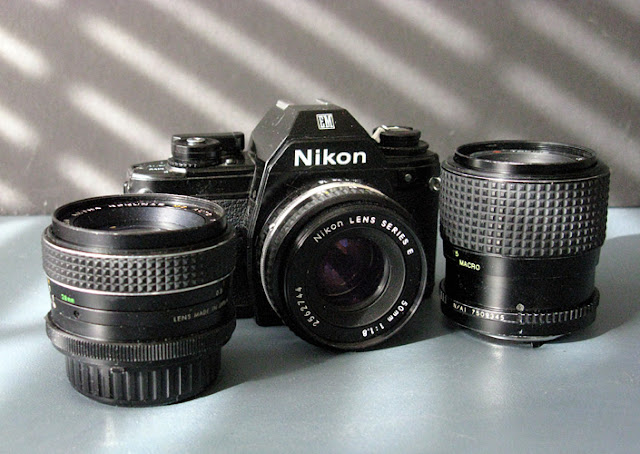 The Tokina zoom made nice enough images, but the f3.5 maximum aperture coupled with the zoom feature seemed to create a problem with the viewfinder's focusing spot; it tended to black out if the eye was not positioned just right.  The problem was less noticeable when zoomed back to 35 or 50mm.  That got me thinking that I would be better off with some kind of prime lens.  So, I started looking around for a Series E Nikon lens that came standard on the EM.  One turned up recently on the local Craigslist at a price of $30, so I met the seller in a McDonald's parking lot to get the Nikon prime. 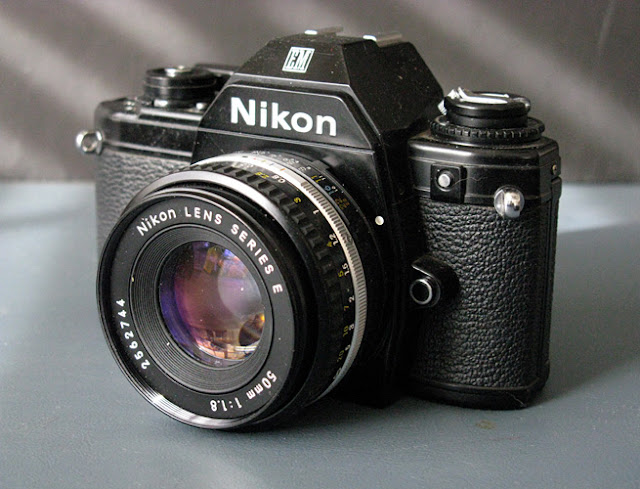 The Nikon Series E 50mm 1.8 lens made the Nikon EM into a nicely compact and rather light-weight system.  The images from the lens were unsurprisingly sharp and undistorted.  I don't think the pictures are noticeably better than many of my other lenses on the Spotmatic or other cameras, including those with the older Tessar-type such as my Vito II or the Contessa.  I did find that having a bright view in the finder and a clear focus did encourage exploring more subjects in depth. 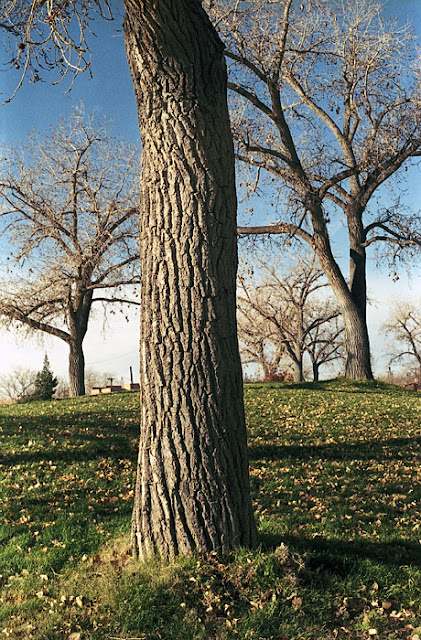 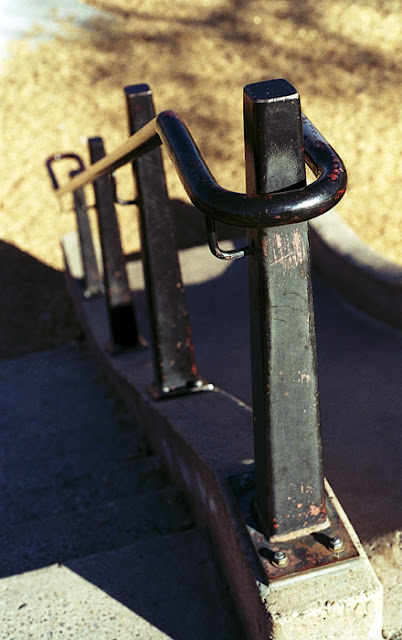 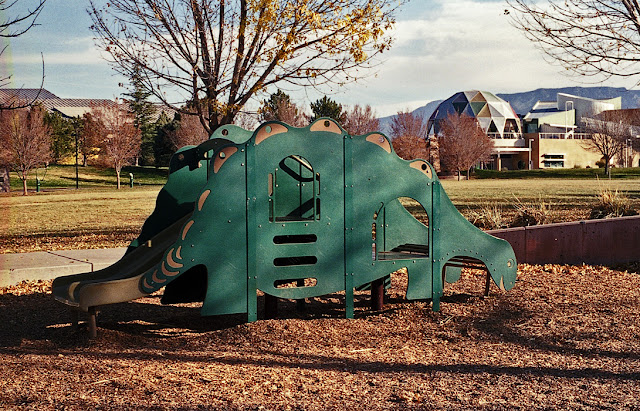 It turned out the guy I met at McDonald's had brought along several other Nikon-mount lenses.  The one that interested me was an Aetna Rokunar MC Auto f2.8 28mm for twenty bucks.  Well, why not? 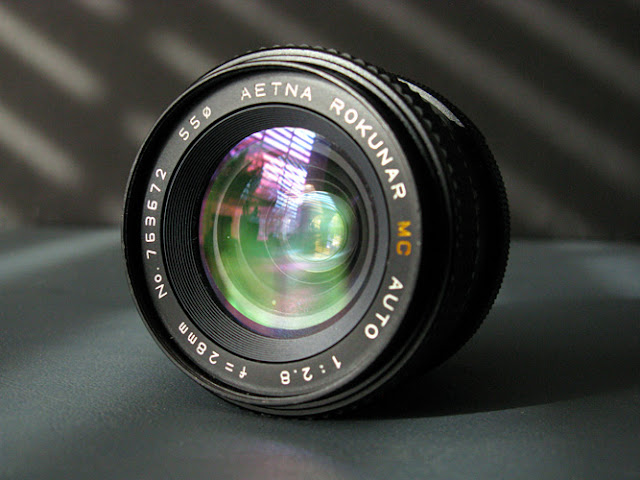 I found a few derogatory comments about the lens on line later, but the results I got from it seemed excellent to me, comparable to the Nikon prime.  Also, the Rokunar gets me seamlessly close to macro with a minimum focal distance of less than a foot. 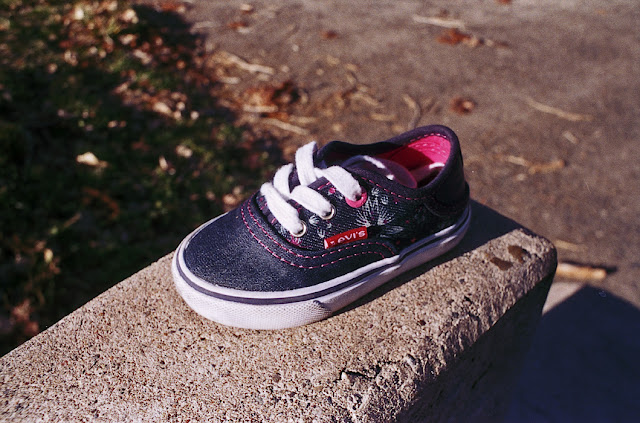 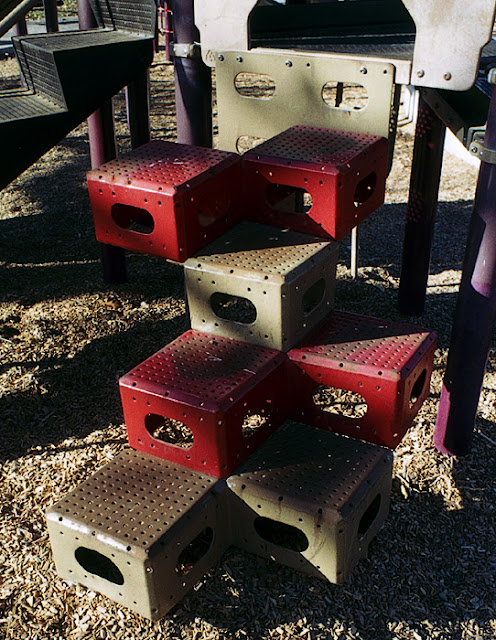 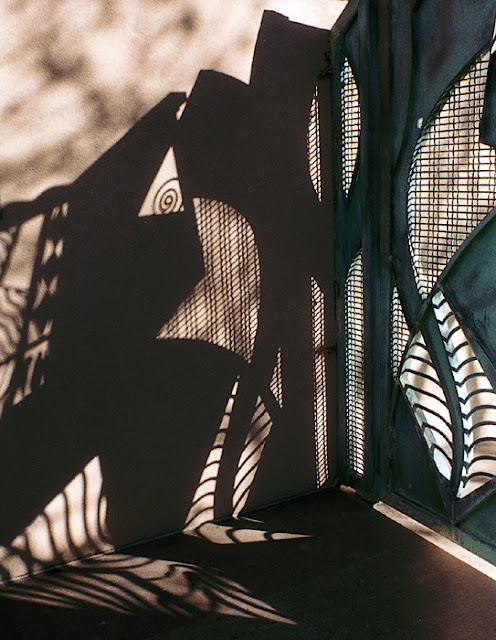 The meter on the EM reads a stop low, and some of the images show a small amount of shutter capping.  The camera is not particularly friendly to diy repairs and I doubt I will try to correct the small defects.  I like aperture-priority automation, though it would be nice to have the option to over-ride that at will.  Over-all I can't complain about the camera's performance in view of what I have invested so far.  I would like to try the lenses on another camera for the sake of comparison.  I may have to hunt down an old Nikon F body.  Darn. 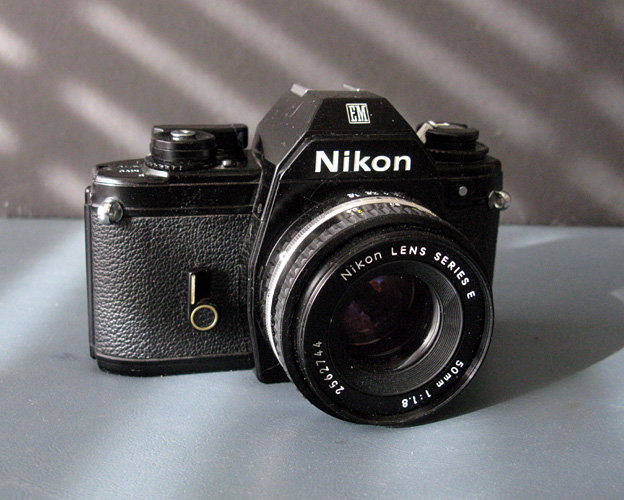 The EM is a Nikon I've not used.

The EM is my first Nikon slr. It is kind of the bottom of the line, but I'm glad to have a chance to develop a little familiarity with the family.

You could go for an F, but you might be able to pick up a Nikon FE for less money. It seems to be a capable body that for whatever reason is the bargain on the used market.

Additionally, even though the N2000 is relatively new it is a capable general-purpose body with a built-in winder and it uses AA batteries. I picked it up just to get that Series E lens and then found out that it's a capable body that I wouldn't cry over if it got lost, stolen, or damaged because they go for under $50, often well under, on eBay every day.

Thanks for the guidance on the Nikon line. There are so many models over so many years that it is very intimidating to try to fit them together with the appropriate lenses.

I second Jim's comment on the FE. The FE2 is a good choice too. They are plentiful.

Mike, those shots all look pretty sharp to me. You just never know. I was given a Minolta Rokkor 55/1.9 lens that was poorly reviewed all over. I used it to photograph a party, and when the film came back, I was shocked. The best pictures this novice has ever taken. I gave away many pictures and people were thrilled.

I suppose we should be thankful for a lot of the generic bad-mouthing about camera gear as it probably helps to keep the prices down for those who are more open minded.