I decided to shoot the last roll of expired Kodak Gold 200 in my Minolta X-700.  The first frames of the roll were exposed on a walk in the Sandia foothills to see the peak blooming of local wildflowers.  We found a lot of Apache Plume, some red and purple cactus blossoms, thistles, and several stands of Indian Paintbrush, along with a lot of little yellow flowers whose names always escape me. 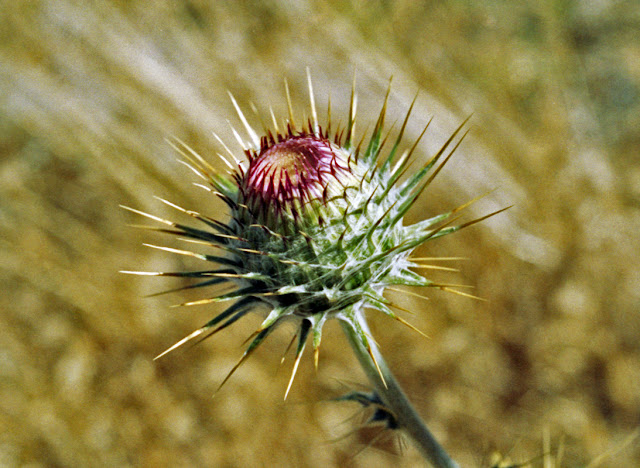 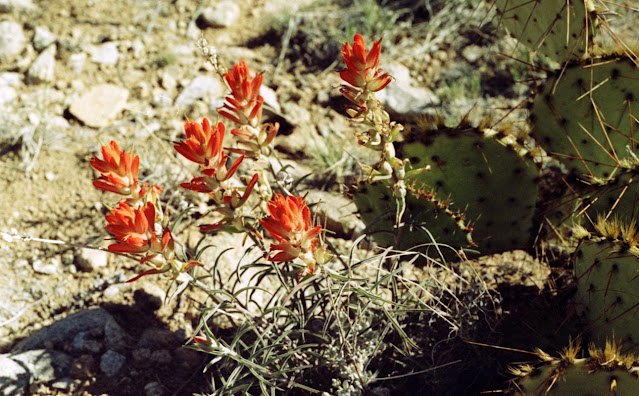 The best wildflower show, though, was right beside the sidewalk on the south side of our house where I planted some Desert Four O'Clock a couple years ago.  The plant produces a big mound of greenery and purple flowers which bloom each afternoon all summer.  I have not found the Four O'Clock in the wild near Albuquerque, but it is common in desert arroyos in southern New Mexico. 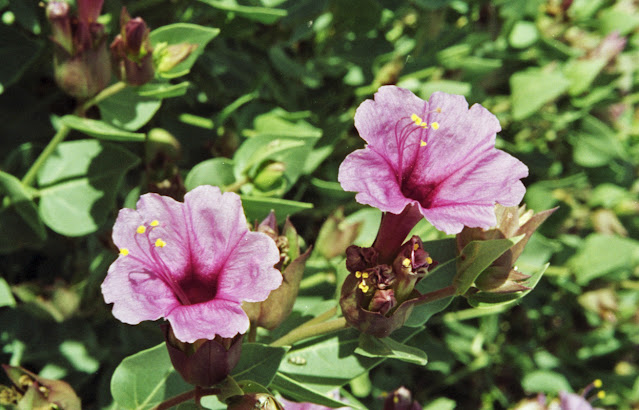 The Spring sun has also produced a spectacular crop of artichokes for Margaret; the two big plants look like they will give us about a dozen artichokes each. 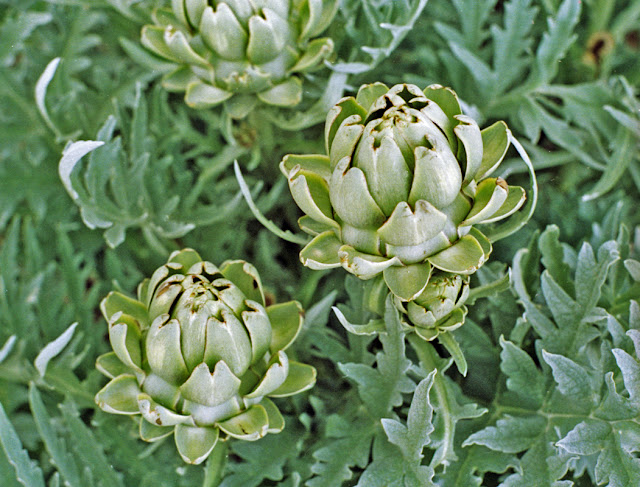 Most of our walks in the neighborhood and beyond include the dog, Roxie.  She talks us into trips to the river a couple times a week where she likes to splash in the shallows. 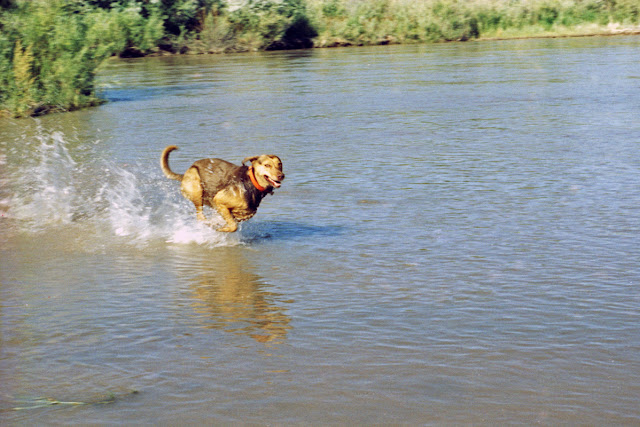 The box the film came in says "Bright Sun & Flash" and "Made in China for Eastman Kodak Company", along with the admonition to "Develop Before 05/2006".  Not being able to meet that requirement, I shot the roll at one stop slower than the 200 ISO rating.  I developed normally in Cinestill C-41 and scanned with my Epson flatbed using a  Silverfast Portra setting to compensate for a bit of color shifting.

Made in China?! I wonder when that started happening.

Kodak has such a convoluted history. I found one reference on the IBS Center for Management Research website which outlines operations in China:
"Abstract:
The case explains the entry of Kodak into China and its growth strategies. Kodak established its representative office in China in 1927. Till the late 1990s, Kodak products were imported into China through Hong Kong. As imports were costlier, Kodak wanted to start its manufacturing operations in China. In 1998, with the support of the Chinese government, Kodak acquired three domestic companies. This helped it strengthen its position in the Chinese market. To consolidate further, Kodak acquired a 20 percent stake in Lucky Films, a domestic company. The case also explains the competition between Kodak and Fuji in the Chinese market. The marketing initiatives taken up by both companies are explained. The case ends with the future outlook of Kodak in China."

I wonder if one of these companies (Lucky, Kodak, whatever) became the current Shanghai film company? The examples I have seen of their B&W stock look pretty good, and B&H in New York sells it.

Who makes what in the globalized market has gotten to be a complicated subject. Looks like Shanghai could be decent stuff, but at $10 from B&H I'm not likely to find out for myself.