Whatever camera I am using on any given day, there is usually also a backup camera that is small enough to ride along in a pocket.  On this day I was coming back from shooting my Nikon FE along the river when I noticed three fire trucks parked a couple blocks from my house.  I had used the last of a roll of TMAX in the Nikon, but I had a full roll of Fuji 200 in my little Vito II, so I used half that to shoot the fire trucks. 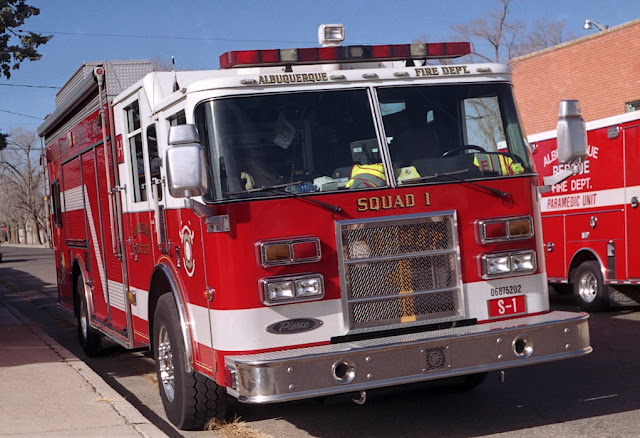 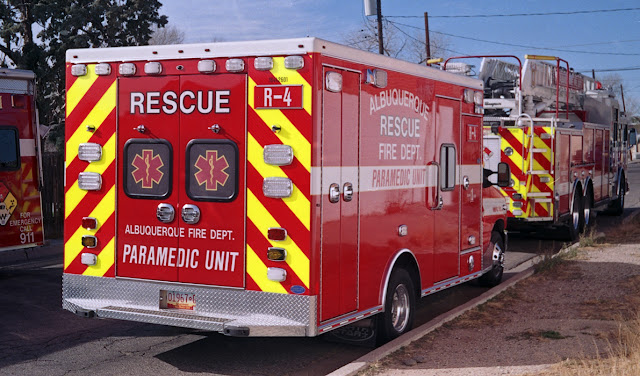 I finished off the Fuji 200 the next day on a walk through Old Town. 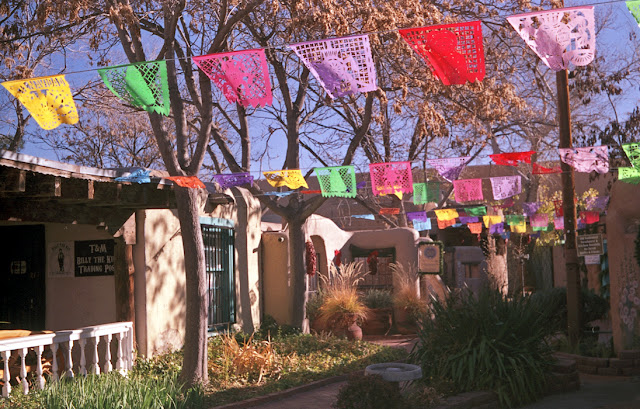 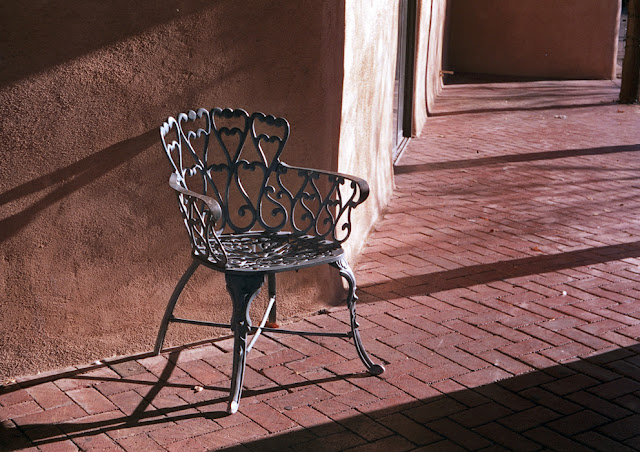 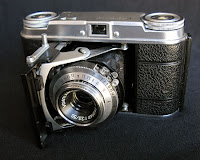 If you are looking for a combination of compactness and quality it is hard to beat the Voigtländer Vito II.  I have had several of these neat little folders and all have performed beautifully.  My first Vito II took most of the pictures I made on a trip to Greece many years ago.  The one I am shooting now has a Compur-Rapid shutter with a 1/500 top speed.  All have had the marvelous Color Skopar 3.5/50 lens.

I recall some time ago reading that the Color Skopar lens was a recomputed 4-element-in-three-groups Tessar design.  I had no reason to doubt that, but I never found any specifics about the design until recently when I came across an illustration comparing classic lens designs from that post war period which show that the Color Skopar does indeed have some significant differences from the contemporary Tessar and Xenar lenses.  The Color Skopar (no. 9 in the chart) appears to have much larger elements in the rear group than the the other Tessar types.  I shared that link in an email discussion with Kodachromeguy, the Urban Decay blogger, and he shot back with a link to the Patent for the Color Skopar by A. W. Tronnier filed in 1949 which begins:


This invention relates to a new and improved four-lens photographic objective.

One of the objects of the invention is to provide a photographic objective which shall provide minimum chromatic aberration, and which also provides minimum aberrations of other types, including minimum axial and non-axial aberrations, such as minimum spherical aberration, minimum astigmatism and minimum coma...

Tronnier was one of those amazingly innovative and prolific designers of the early Twentieth Century whose work revolutionized a whole industry.  In addition to the Color Skopar he was also behind a number of other highly regarded mid-century lenses including the Xenon, the Nokton and the Ultron.

In addition to the improved lens design, the Vito II is built very solidly and is easy to handle and shoot.  The viewfinder window is nicely centered and close to the lens, so there is little parallax compensation required to get accurate framing.  At one time I had an accessory rangefinder which could be fitted to the camera with a clip-on mount, but it seemed to me that it created more complications than advantages in use, and I have had no significant problems in properly estimating and setting the focus manually on the camera.  I have had the opportunity to shoot some of the later Voigtländer  models including rangefinders and slr types and and all made excellent images with their Color Skopars, but the little folding Vito II remains my favorite in the line. 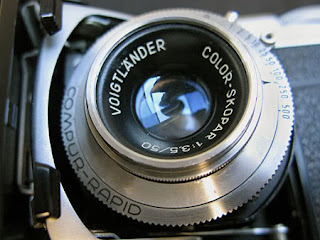 I didn't get on with my Vito II and sold it in Operation Thin the Herd without even giving it a second chance. After seeing your photos I'm wondering if I made a mistake.

I've always liked the idea of these relatively simple, but high quality little folders though I never use them as much as I think I will. The Vito II is pretty common and can usually be found for around $30. I've long had an eye open for a Vito III which has a couupled rangefinder and the Ultron lens, but they are always out of my price range.

I gave my Vito II away and after reading this, I think I should have spent more time with this little camera. Nice shots Mike!

I've given away quite a few good cameras and suffered a few pangs of regret afterward. What I have in mind at the time is that I am unlikely to make use of a particular camera and I am unwilling to have it just taking up space. Still, there is an element of chance in the situation as well. It is probably just as important to look at why you choose to hang on to some cameras which also get little use. I suspect the decision to retain some cameras in the collection is based on the rather accidental event of having made some good pictures with them. I certainly have a lot of fond memories of wielding my Vito II in Greece, and I have some of those pictures on my wall. I also like the classic design and construction of the Vito II, so that is another source of interest which operates in its favor.

The Vito II always delivers, especially in color. I have two!

Much love for the Vito II here! It’s great for dropping in a pocket for a walk, or as a backup camera. On one Photowalk I took a Nikon D200, a Canon A1 and the Vito II. By the end of the Photowalk the Nikon and Canon both had dead batteries, but the Vito was still going strong😁